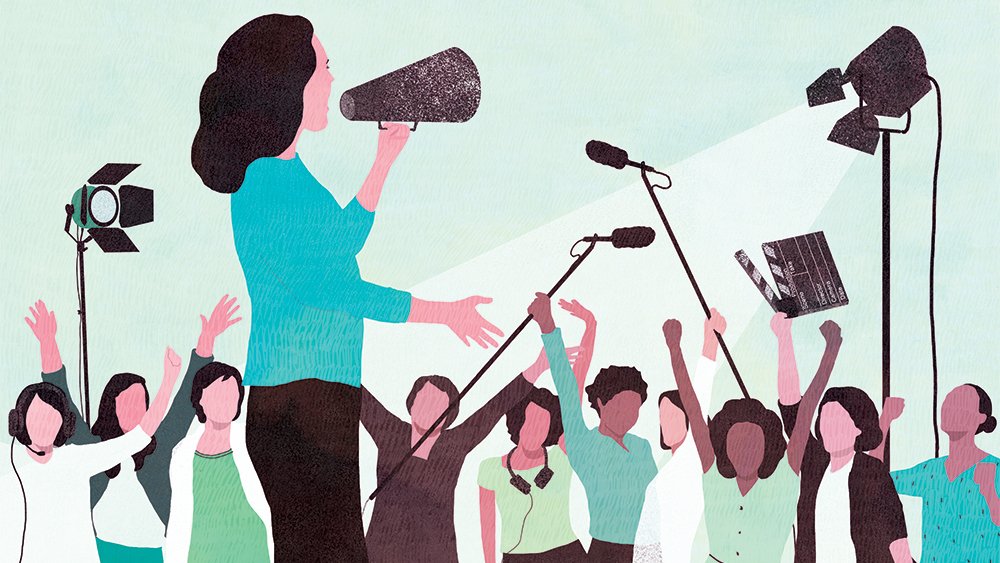 Lately, I’ve gained a new interest in drama theatre. I’ve been to multiple plays and in none of them was the director a woman. In fact, I realised that I almost don’t know any female film or theatre directors.

I’ve also most definitely heard a lot of sexist comments throughout my life about women’s inability to solve any analytical problems and that instead of pursuing a career in the STEM industry they would be much better off at a job that ‘doesn’t require that much thinking’, basically meaning all humanitarian and artistic work.

Nevertheless, in Europe, there are four women mentioned in the theatre programmes for every six men. And while men dominate the jobs of playwrights and directors, women take up more than 70% of ‘costumes’ and ‘hairdressing’ positions. In 2020-21 women accounted for only 30% of creators, 31% of directors, and 24% of editors on streaming programs. While there are almost as many women graduating film school as men, women take up only 24% of the film industry.  On top of that, average gross sales of female-directed movies are more than 94% smaller than those of men-directed movies. So if women are thought to be so good at creative jobs, where does all of this come from?

“[directing] has not been a role where women have seen many other women role models.”

Many women do not even consider directing as a possibility for them.

“The more that we see women directors coming through, the greater encouragement that will give to other women to believe that they too can do these roles”

Regardless of the low quantity of women in the industry, the quality of their work does not concede. For example, many know Kathryn Bigelow as Steven Spielberg’s ex-wife. But, in fact, she is much more than that. She is the first female director to have ever won an Oscar in 2010 for her movie “The Hurt Locker”. Spoiler alert for those in doubt: it’s not even a romance movie. Cate Blanchett, a famous Australian actress, is also, in fact, a theatre director. She has won numerous awards and is regarded as one of the best actresses of her generation. There are a lot more influential women in the film and theatre industries.

At the same time, the film industry is one of the most influential creative industries both socially and economically. Film reflects and shapes the society in many ways. Therefore, diversity and gender equality are essential to filmmaking today. This is why gender inequality in the film industry is crucial to talk about. And, hopefully, one day I’ll get a chance to visit numerous plays directed by women.