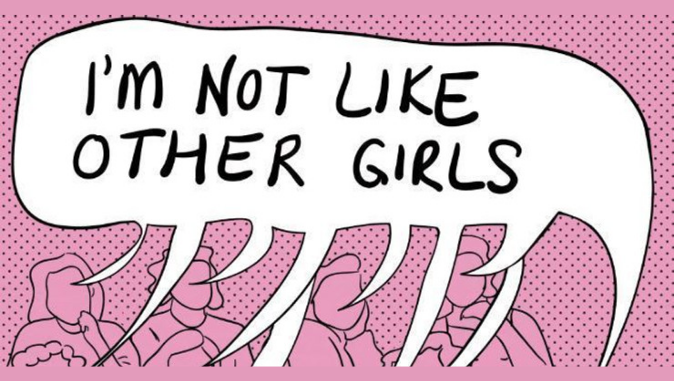 Misogyny plays a complex role in patriarchy. Misogyny is especially powerful in encouraging women to hate the fact of being women. (Johnson 2014, 60). Although, what is internalized misogyny? Internalized misogyny is a term that describes women’s sexist behavior and attitude towards other women and girls and towards themselves.

Internalized misogyny occurs in societies with unhealthy patriarchal cultures. A community where indirectly provides stereotypes and abstract standards for women. Women are often considered weak, overly emotionally, manipulative, passive, stupid, and have no intellectual pursuits or leadership capacity. How society and how men evaluate women sequentially affect their self-esteem causes a feeling of inferiority and insecurity. The same lies, stereotypes, and myths about women are subconsciously delivered and projected by women to degrade other women and even degrade themselves. Women are taught to act out the lies and stereotypes, doubting themselves and other females.

Society often tears down and attacks women, normalizing hatred towards strong or successful women, particularly women who don’t fit the mold for femininity. The community we grew up in contributed to internalizing misogyny. We were convinced to see each other as a competition instead of companions within the family, community, institution, the media, or social media. We have been engaged in sexism and gender stereotypes since the start. Perversely, many people out there remain despising women because of their immaturity or self-esteem issues.

Instead of abusing and disparaging each other, we should appreciate each other’s personalities and uniqueness. Together, let’s try to eliminate these complex forms of internalized misogyny head-on.

“ While internalised misogyny is pretty much the antithesis of feminism, it is, unfortunately, an obstacle that most feminists have to grapple with, due to the inherently patriarchal structure of our world. Women are socialised to believe that if we observe the rules of the patriarchy, its spaces will be kinder to us, or that we will be cared for. “