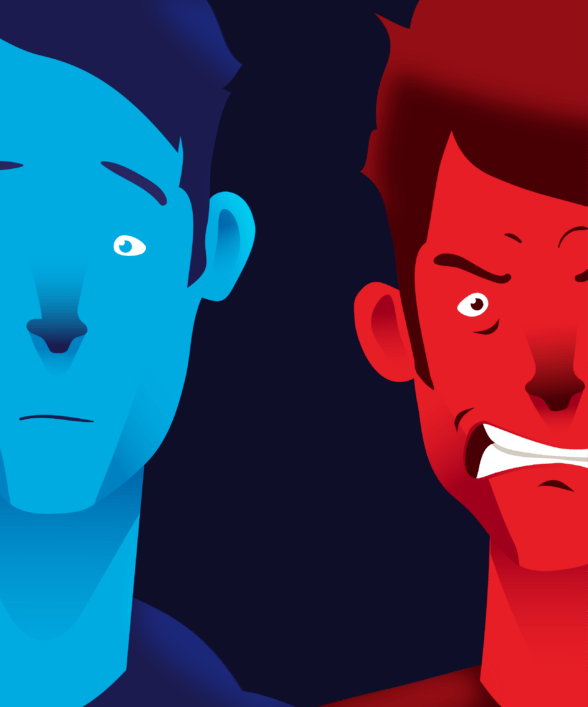 “The Incel Rebellion has already begun! We will overthrow all the Chads and Stacys! All hail the Supreme Gentleman Elliot Rodger!”  Alek Minassian took to Facebook to cry out his war cry before enacting the deadliest vehicle-ramming attack in Canadian history on the 23rd of April 2018. He identified himself as an Incel, a term coined three decades ago for the “involuntary celibate”, sexually inactive, in spite of active searching, and resents others for it. The now-convicted murderer was fueled by his rage towards women for rejecting his sexual and social advances. He described them as “Stacys”, one of the terminologies used by Incels, that act as categories for the ensemble, mainly the women who do not reciprocate their advances, and the sexually active men who take up opportunities for “lesser-attractive” men – Chads.

As per many beginnings with positive intentions, digressions into antithetical ideations have lost its element of surprise. Three decades ago, the term “incel” was coined by Alana, a queer woman who wanted to create a place to constructively aid the involuntary celibate to find their romantic desires fulfilled. However, the term today instantly associates itself with misogyny, femicides and sexism. Rather than a community filled with spite and loathing for the same and opposite sex for their sexual inactivity, this community back then was rather to offer assistance and advice to all genders to improve their chances of copulating despite their inept experience, while also being a platform for the queer to explore their sexuality. However, saying that the community was solely supportive then would be a hoax as there were still complaints and blame directed at women back then for one’s sexual inactivity. Its extent was not vast though, and the community was largely encouraging.

As of now, women who identify as Incels are not allowed to be a part of the Incel message boards, and are called “Femcels” derogatorily rather than in solidarity. These Femcels, in fact, are closer to resonating the purpose of the old Incel community lo those many years ago. They deduce that “a toxic blend of misogyny and impossible beauty standards” have caused them to be void of opportunities to experience intimacy, whether through sexual experiences and romantic affairs, as similarly seen in their male counterparts. Despite having the same basis for the existence of their lots, there is little-to-no consensus between the groups. This is because Incels tend to undermine the ability of Femcels to receive romantic and sexual companionship, as Incels use the argument of there being a group of people willing to copulate with them and that Femcels are too selective. What Incels seem to ignore is that women should be also able to have autonomy of who they decide to devote themselves to, and not be treated as disposable objects, just because they are seeking coition.

While some part of the faction retains the same purpose to that of before, the Incel group nowadays is primarily considered young, white, heterosexual men (even though a poll done in 2019 revealed that while there is a 55% of Incels being white, the other 45% is equally divided by the other races) , and before the subreddit was banned in 2017, Reddit was used as an active medium for them to disperse controversial and malignant opinions. The subreddit had approximately 40,000 members before its termination, but the total number of self-proclaimed Incels varied and still varies today. They were proponent about rape, lowering the age of consent to young adolescent ages (typically around 13) and encouraged expansive femicides. Part of being an Incel would be desperately attempting to substantiate their beliefs, such as extenuating the lowering or even eradicating the age of consent. By doing so, they could legally pressure young girls into fornication to ‘fulfil’ their sexual appetite, which is a sugarcoated way to describe predatory and paedophilic behaviour.

Incels have repeatedly shown support and celebration of violence against women, while legitimising these acts of misogynistic terrorism. As mentioned earlier, Alek Minassian called Elliot Rodger “the Supreme Gentleman”. Elliot was an American  22-year-old who killed himself after shooting six others, and corroborated such savagery as “retribution”. Prior to the shooting, Elliot published and shared a manifesto that recounted his detest towards women, and his exasperation with his involuntary celibacy. This 107,000 word manifesto was essentially the Incel bible. His pronounced loneliness was a spark in the bouts of depleting mental health and self-esteem that would be seen in the Covid-19 pandemic 6 years later. Elliot Rodgers provided researchers proof and allowed them to express reasonable worry that such uncontained internal issues would make it easier for one to join alt-right extremism due to the false sense of shared comfort within those “communities”. This can be seen with the fact that the number of visits to Incel sites had significantly increased by sixfold from March 2021 to November 2021.

Then again, how does one enter the Incel subset of the manosphere? Incels are made up of “Nice Guys” and Men’s Rights activists who sank into the Incel rabbit hole after being invited to join. Incel culture is the extremist younger brother of the “Nice Guy Syndrome”, which is a colloquial term to describe men who have a sense of entitlement for copulation and romantic affairs with (typically) women, as they perceive themselves as “nice” and therefore, above other men. These Nice Guys are typically casted to be the naive underdogs but they are simply just usually either unaware or ignorant about social cues, namely, when a woman says “no”, they see that as an opportunity to persist and dial the intensity of their affections even further. Upon learning that they will not get the person that they have been pining for, resentment will start to build, and they will start projecting their insecurities onto the object of their affections. Eventually, they would change the narrative to convince their surrounding communities to antagonise this person. This trope has often been wielded by Hollywood, as seen in 500 Days of Summer, Friends, and The Notebook, where without a clear understanding of the nuanced meaning behind these courses of action, men who are still developing their thoughts could be misled into thinking that these Nice Guys exhibit healthy behaviour. As productions are responsible for entertainment that could be operated to educate, misrepresentation of the Nice Guy trope can be indirectly used as complimentary Incel propaganda. Hence, as these Nice Guys are often vulnerable and are more susceptible to becoming recruited, they are targeted by Incels to be victims of brainwashing and consequently, enter the alt-right.

Alongside Nice Guys, Men’s Rights activists are another collective of people who are prone to adopt Incel ideologies. This purpose of this group is considered by scholars to be be a countermovement to feminism, as the group believes that feminism had oppressed and disempowered men. They advocate for equal standards imposed on men as imposed on women, such as the marginalisation of men’s mental health, but they also combat against reverse sexism. If we take away the cultural biases of both sides, we could say that by definition, Men’s Rights activists are essentially feminists, as they want equality across all genders. It could be that simple, but Men’s Rights activists have used radical feminist ideologies, such as “Kill All Men”, to confirm their biases that all feminists are anti-men and revel in misandry. Men’s Rights activism originated for the sole purpose to devalue female empowerment, and weaponises fear as preparation to enact upon potential events. Hence, the possibility of reaching a sort of middle ground of beliefs between the two extreme groups are implausible and hence, potential alliances between feminists and Men’s Rights activists seem unlikely as of now.

Subsequently, Incels are also known to revel in stereotypes, and exhibit xenophobic qualities. This can be seen through their tendencies to categorise people into groups and use that vernacular excessively. As seen priorly, sexually active men are called Chads, and attractive and unattainable women who only date Chads are called Stacys. Some terms are even comically rooted in ethnic bias – Black Chads are called Tyrones, and Asian Chads are called Changs. Some white Incels also refuse to participate in intercourse to “preserve white supremacy”. Even Elliot Rodgers’ manifesto sadly exhibited severe anti-Asian hate, despite himself being half-Asian. These clear white nationalistic beliefs prove that racial biases are not forgone, but rather enhanced in this group.

Then again, while it is easy to antagonise them, one can’t help but pity this permeated assembly of men that found comfort and escape, albeit short-lived, solely through such deep resentment. A poll in 2019 conducted by ‘incels.co’ revealed that a full 67.5% of respondents said they have considered suicide in a serious manner. This is an effect of the “Black Pill”, which is a recent nihilistic worldview that no matter what they do to improve themselves, attempts to find intimacy will be futile. This contradicts their (and Femcels’) previous justification of Lookism – a discriminatory treatment of people towards the physically unattractive. The same poll from earlier also revealed that a whopping 95.4% find the Black Pill ideology as an “accurate reflection of their reality”. This could seem surprising considering that most Incels are in their twenties, which is still a fairly young age range.

This just emphasises why mental health services should be more accessible. By reducing the amount of rates of depleting self-esteem and self-enacted tribulations, we can hopefully mitigate the potential harm and unsafe conditions for both parties – victims and perpetrator.

In conclusion, Incel culture is a physical depiction of the Finley Peter Dunne quote “comforts th’ afflicted, afflicts th’ comfortable”, where Incels find refuge in misogyny but it in turn disturbs the rest of society. Therefore, in order to prevent the exacerbation of femicides and the jeopardisation of public safety, we, as a modern civilisation, should aim to recognise that Incel culture is detrimental and should actively seek methods to ensure the eradication of such menacing beliefs.