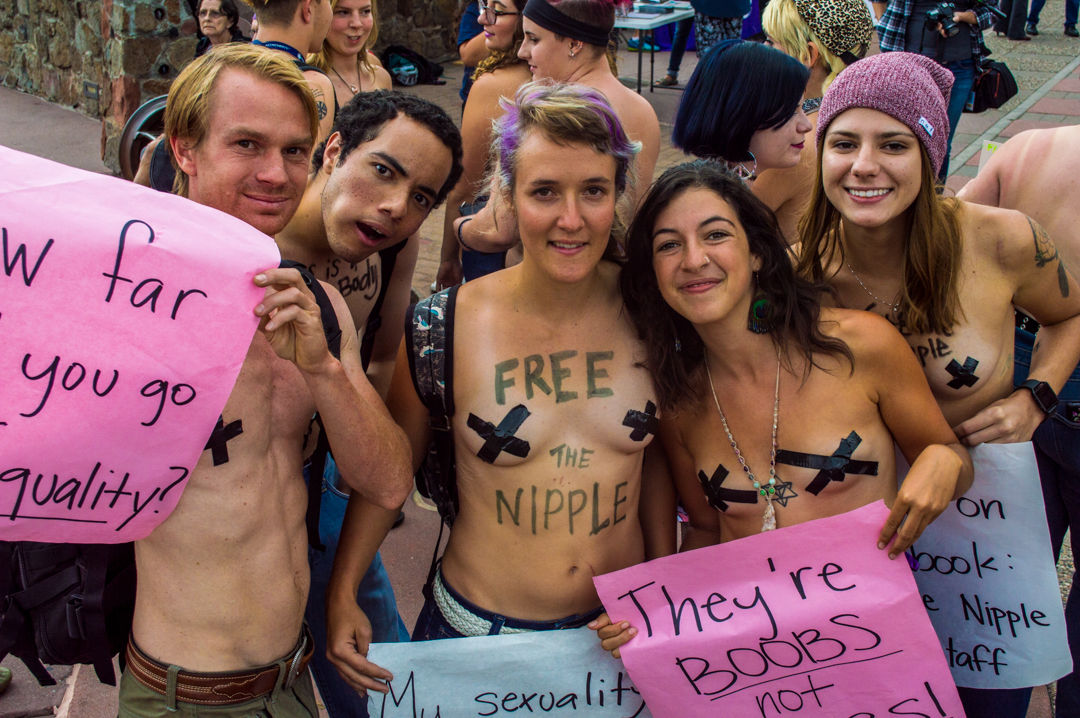 I was told as a kid that I should only use lip balm when my lips were very chapped, otherwise they’d be weaned off producing their own collagen. Then, during lockdown, my mother trained her hair to not rely on external products and to create more of their own oils. And just like the rest of your body, breasts do the same, they are able to fully support themselves and actually end up perkier without the use of a bra. But this is only one of the reasons why we should Free the Nip.

Like mentioned before, breasts are fully capable of supporting themselves without a bra, however how well? Jean Denis Rouillon, a sports science professional from the University of Bensançon in France, is quoted saying: ‘Medically, physiologically, anatomically, the breast does not benefit from being deprived of gravity,’ his work explains that wearing a bra weakens the muscles that holds them up. It prevents them from building up that muscle. Just like astronauts in space have to exercise to keep their muscles working, we have to do that as well. However Rouillon’s research is only a bonus of not wearing a bra.

Free the Nip began due to social inequality. One of the things to kickstart the movement was the 2014 movie Free the Nipple. The film was produced by Lina Esco who was sick of the way people treat breasts.

The breast itself is not a problem regarding nudity laws. Women are allowed to go out of the house showing underboob or sideboob, however the part that’s being censored is what almost every human being in the world has, nipples. Even young girls that haven’t developed breasts aren’t socially allowed to go out topless while young boys can.

As a personal opinion, I believe that Freeing the Nip would do a lot for rape culture. Currently women are getting told off for showing the same amount of skin that men do. A male nipple doesn’t result in photos getting taken down or a fine from the police for public indecency. If as a society we found it socially acceptable to go out braless as a start, but build up to topless, I believe that the built up pile of victim blaming would boil down. It would no longer be: “What were you wearing?” But would rather be, “What were they doing?” Focusing on the perpetrator.

To conclude, not only is Free the Nip good health wise, but also for society. Throughout the timeline of women’s liberation we have come far: the Miss America Protests of the 1960s where women would burn their bras, singers in the 80s and 90s going out on stage without bras, and now the influx of people advocating for women being able to go out in public without a top. As women we should be proud and continue to fight for our rights. Free the NIP!