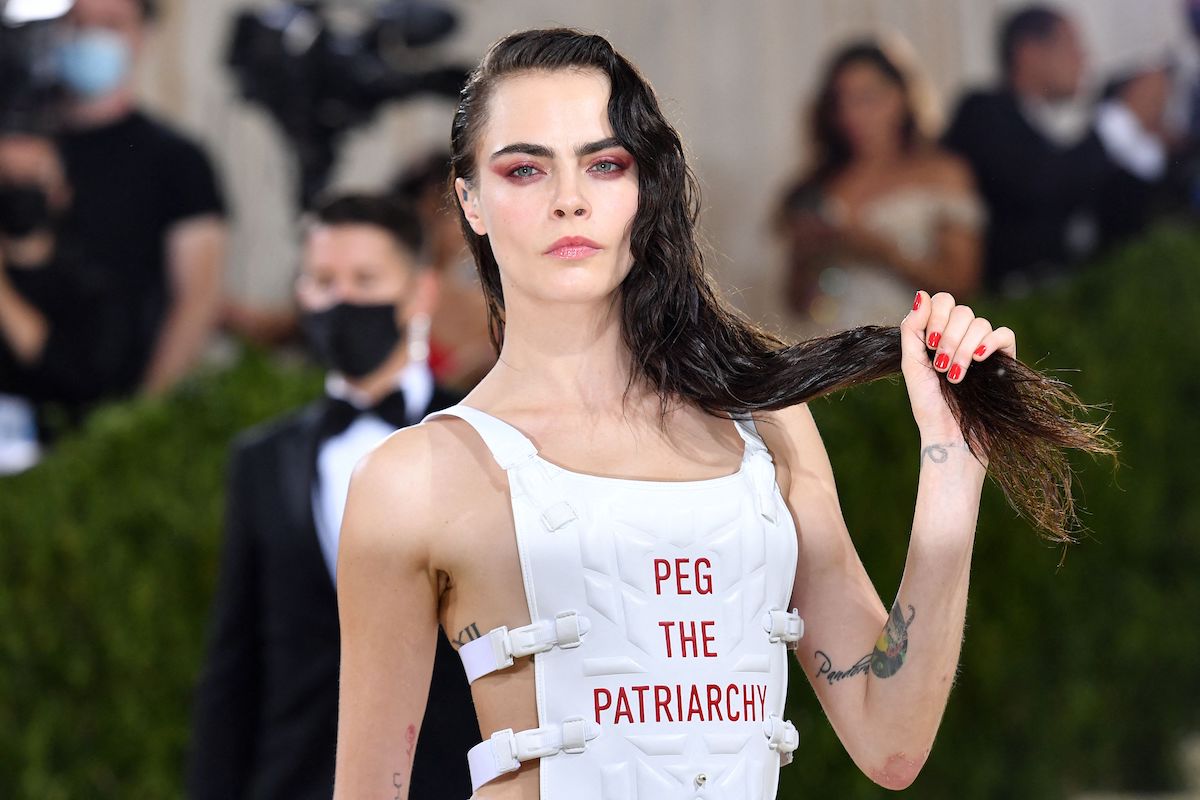 On September 13, 2021, it was that day of the year once again…the grand day in which world-class celebrities worldwide flaunt their over-the-top fashions on the red carpet. Can you guess which event I am referring to? If you guessed that it was the 2021 Met Gala, you are absolutely correct!

The Met Gala is an annual fundraising event presented by the Costume Institute of the Metropolitan Museum of Art in New York City (which is often called the Met, for short). A-list actors, actresses, singers, models, and designers attend this big event every year while their die-hard fans at home are dying to see what their idol will wear. This year’s event was postponed until September due to the coronavirus outbreak but it was still as spectacular as always. The number one rule for the Met Gala is to always expect the unexpected.

The Met Gala features a theme every year that corresponds to the Costume Institute’s current exhibition. “In America: A Lexicon of Fashion,” was the theme this year. Like always, there were many outstanding looks. One example is our all time favourite singer, Billie Eilish. She embraced the latter two in a stunning ball gown made by Oscar de la Renta, who she inspired to abandon fur in the future, albeit the color washed her out a little. In an interview with Keke Palmer, Eilish revealed that she was also influenced by Holiday Barbie, another well-known American icon. Her outfit was stunning and one of the night’s most memorable looks.

Although these outfits were all gorgeous, the one that captured my attention the most was undeniably Carolyn Maloney’s political dress. At Friday night’s Met Gala, Congresswoman Carolyn Maloney made a political statement with an ensemble inspired by the suffrage struggle. Maloney, who represents New York’s 12th Congressional District, donned a purple, white, yellow, and green gown with “equal rights for women” ribbons. While strolling the red carpet at the Costume Institute’s annual exhibition, the 75-year-old also flaunted a green handbag with the words “ERA YES” written on it. Her costume was a nod to the Equal Rights Amendment, which was enacted to provide legal equality between men and women and to prevent discrimination based on gender. Since Congress passed it in 1972, the proposed constitutional amendment has been awaiting state approval.

Before attending the banquet, Maloney explained the significance of her dress in a Tweet. “Across the country, women’s rights are under attack,” she wrote. “I have long used fashion as a force 4 change. As the Met Costume Institute reopens w/ their inaugural exhibit celebrating American designers, I am calling 4 the certification of the ERA so women can be equal once and for all.”

Supermodel-actor Cara Delvingne was another person who spread the women’s rights message during the 2021 Met Gala for wearing a white tank top with ‘Peg the Patriarchy’ on it. “It’s about women empowerment, gender equality — it’s a bit like, ‘stick it to the man’,” she said.

Their looks have proved to everyone that fashion can be much more than just a means to look good, or show off wealth because if it is used to convey a meaningful message then it could be a very empowering and powerful tool. Through their acts, people would be more aware of gender inequality and take more actions to work toward a fairer society for everyone around the globe.