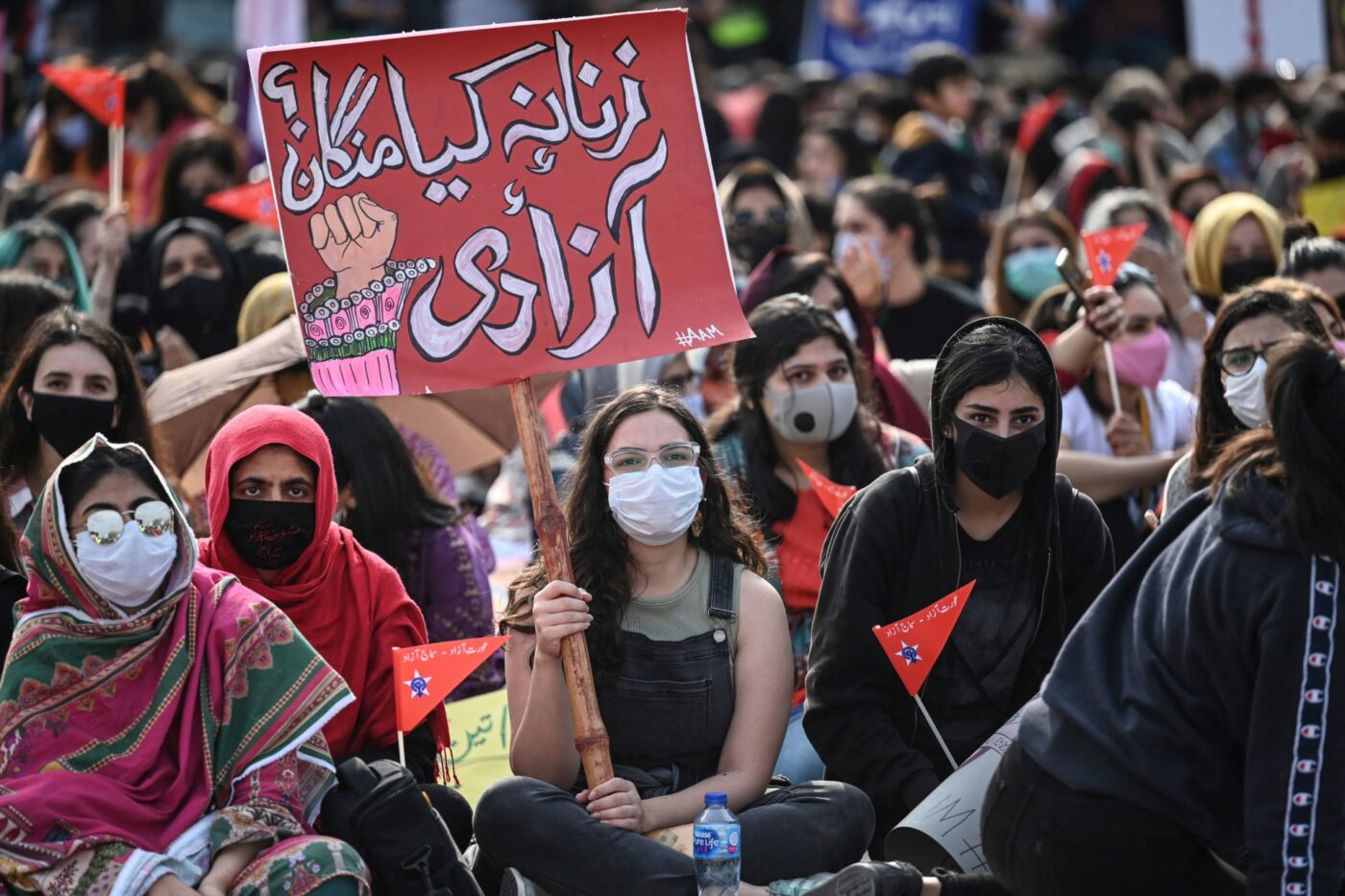 The Pakistan’s Aurat March (Women’s March) is an annual march that takes place on International Women’s day in the streets of Pakistan. Such a tradition started in 2018 in the streets of Karachi and has since spread to 3 other cities. The march is set with a mission to advocate for the rights of women through the use of legal empowerment. Since the start of the march, the march has obtained the title of a social movement and organizers of such an event have voiced their desire to fulfill their long term goal of bringing an end to and solving misogynistic cultural norms. The March started off as a simple way to celebrate International Women’s Day, but has since become a movement with women across Pakistan uniting to demand legal and cultural reforms.

The March has been divided into different geography-based chapters. The march taking place in the streets of Lahore, or the Lahore Chapter, has become responsible for producing thorough public declarations relating to issues of women’s development. The 2021 March was focused on the idea of women’s healthcare within Pakistan. The march that takes place in the streets of Karachi, or the Karachi Chapter, takes on the social media campaign which aims to bring awareness to gender violence. The different chapters do target different aspects of change, but all have a common goal of working to obtain better livelihood for the women of Pakistan

The 2021 Aurat March Lahore Chapter discussed the flaws within the introduction of the Anti-Rape Ordinance. Individuals partaking in the Aurat March argued that the solutions mentioned within this Ordinance were “a short-term solution that perpetuates the faulty notion that rape is a crime of sexual desire rather than power.” In 2020, the Lahore Chapter emphasized the need for the Protection Against Harassment of Women. They emphasized the need for the Workplace Act to include sections outlining the protection of working women in areas of both independent and sub-contract workers. To further obtain such, the idea was argued more in the 2021 chapter of the Aurat March.

Despite such a successful implementation of an idea, since its start the march and its organizers have received an overwhelming amount of challenges, and little to no support from superior individuals within the nation.

For years now, the rights of women within Pakistan have been very limited. Various cultural and religious norms have limited women to staying inferior to their male counterparts and have forced their voices shut. The past few years have seen a rise of women within the Pakistani workforce, however the amount of violence, harrassment and intimidation and discrimination faced by these women have them questioning their safety and security at all times.

Islamist groups within the nation denounce the individuals suppourting, organising and promoting the march and have defined the march and its activits as “immoral or misguided blasphemers”. Other individuals throughout the nation see the movement as “Western cultural imperialism”. The nation’s prime minister has made comments about how women were responsible for the ills that face them in various incidents. Recent comments stated by the prime minister have connected the rise of rape incidents to the clothing a women choses to wear. Such comments made by the head of a nation, and the lack of support shown for such a march clearly indicate that there is very little room for advocacy of women’s rights within Pakistan.

“Whenever the Aurat March or feminism is mentioned in public [within Pakistan], tension is palpable”. Such a statement was made by a young woman who struggled to find volunteers to partake in Multan’s first chapter of the Aurat March in 2021. She mentinoed how whenever she would raise her voice about such a topic, the reponse the community gave was that such a march or the idea of feminism isn’t meant for their communities.

Despite being one of the first attempts of bringing feminism to the face of Pakistan, the Pakistan Aurat March and its organziers have struggles with facing an immense amount of challenges. Despite the various downs faced in their journey of coordinating the march, women throughout the nation are not ready to stop.

The Aurat March is a sisterhood, one which grows each time the media or superior individuals attack them or attempt to pull them to the ground. Pakistani women have fought society and its cultural norms and have endured the consequences far too long. Each time they are pulled down, the sisterhood reemerges. The only difference is that this time they are stronger than ever.