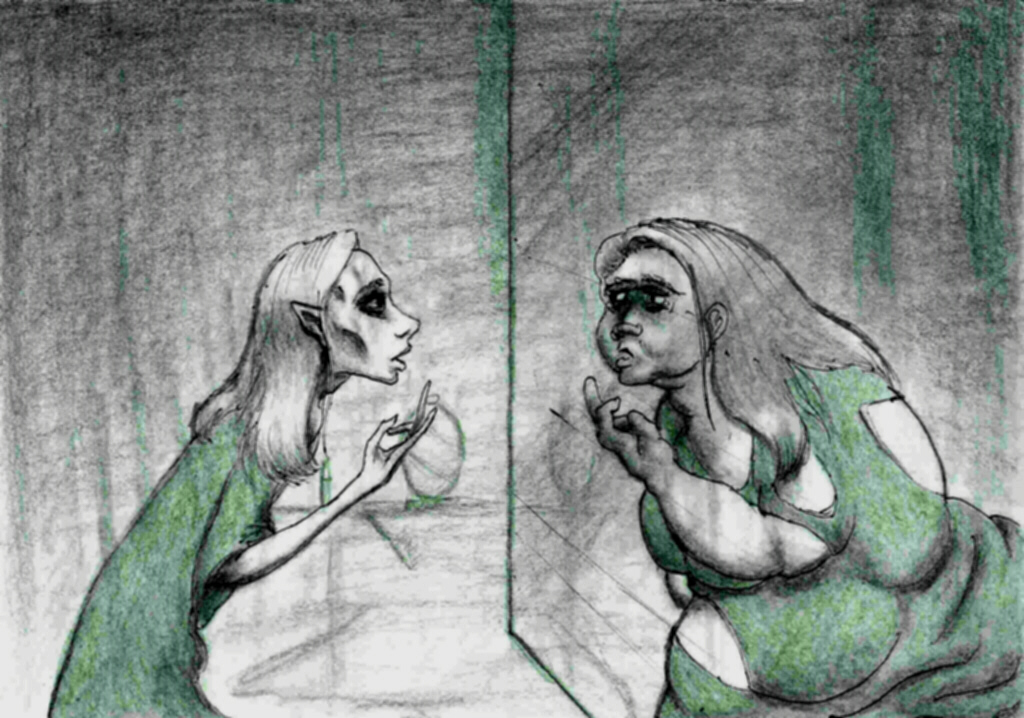 Social media – Instagram, TikTok, Twitter are filled with generalized images of the female and male bodies. Advertisements and medicine together normalise and promotes using plastic surgery to increase self-confidence – by fitting into our society’s ideal. On TV, there’s always a bowl of salad sitting near models and influencers as they smile for the camera. We live in a world where we are constantly and inevitably brainwashed to change ourselves in order to meet impossible beauty standards. We live in a world where capitalism exploits our insecurities and profit from creating anxiety over our body images.

Eating disorders are closely associated with our socialisation and body expectations as a result of it. 1% of teenage girls are diagnosed with anorexia nervosa, a further 2-3% are diagnosed with bulimia nervosa. Despite the seemingly small figures, the illness remains severe, where one in ten can die as a result.

J. Kevin Thompson, a professor of psychology in Florida found that girls are ten times more likely to develop eating disorders than boys. During puberty, the physiological changes in girls’ bodies, including an increase in fat, clashes with our society that idealises slenderness for females. In contrast, boy’s changes, such as an increase in muscles and a deeper voice, seem to coexist with the cultural standards of masculinity.

A study found that the use of the feminist approach in the clinical treatment of Anorexia Nervosa is effective. Patients reported that they felt ‘protected’ from ideologies regarding feminists and that they were able to see their problem from a wider perspective. As social-cultural contexts are known to play a substantial role in the cause of anorexia, it does not come as a surprise that shifting patients’ mindset empowers them towards recovery.

Look into the mirror- what do you see? The image we see is not just a reflection of ourselves, but a reflection of our minds. Feminism is actively choosing a mindset that puts us in a bigger picture, it is a way of life where we are empowered to fight for ourselves and change the fundamental flaws in our society.