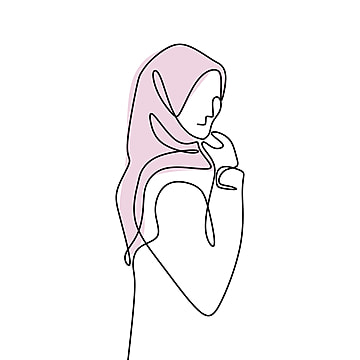 The term “Islamic feminism” became prominent by the late 1990s, although women rights were always a part of Islam. The main idea of Islamic feminism is equality of both genders in public and private settings. This phenomenon has been manifested as specific forms of activism to suit Muslims needs and priorities. Women in Islam have been working jobs, yet Muslim women demand to hold new positions such as judge or mufti (an Islamic legal authority who gives a formal legal opinion). Fortunately, Islam is not against women being in charge of such positions, but it is sexist men. The law and religion often echo sexism within societies, but Islam and feminism go hand to hand.

The media is hungrier than ever to ruin Islam’s image by portraying that Muslim women face oppression. Islamic feminists have been fiercely fighting to break Islam’s linkage to these repressive practices and deceitful claims in Islam’s name. People need to learn about Islam from Muslim people rather than judge how Muslims feel based on their appearance. Women in Islam chose to wear the hijab and dress modestly similar to a nun in the Christian religion. Still, racism plays a part in letting people believe that only Muslim women are oppressed, facilitating the dissemination of false information.

One of the most inspiring females who truly defined Islamic feminism in a ted talk is Aabiya Baqai. She provided many examples of how Islam gave women rights and a place in society. In the 7th century, newborn females were buried alive because it was believed that females are shameful, unlike newborn males who brought honour to the family. Of course, Islam wiped out this unfortunate tradition and gave women more well-deserved rights such as voting 13 centries before the U.S. offically legalized it. Another argument she sparked the light on was how, in Europe, married women had to give all their investments and properties to their husbands; in contrast to Islam, which does not provide women with the household’s financial responsibility. Some would say that it’s unfair, but to every action, there is an opposite reaction. Women have been oppressed by society for centuries, and the responsibility of bearing a child undoubtedly overrules the responsibility of providing.

To summarise, Islamic feminism is a diverse movement, unlike western feminism which lacks diversity in perspectives. These phenomenons became well-known because the vast majority of women, if not all, relate to them. For instance, Women in the middle-east face different issues than women in western societies, yet the reason we face these issues in the first place is that we are females.

Women′s rights in Islam: Can feminism be Islamic? – Qantara.de

Women and Gender in Islam: Historical Roots of a Modern Debate on JSTOR

Women′s rights in Islam: Can feminism be Islamic? – Qantara.de

Islam and feminism are not mutually exclusive, and faith can be an important liberator