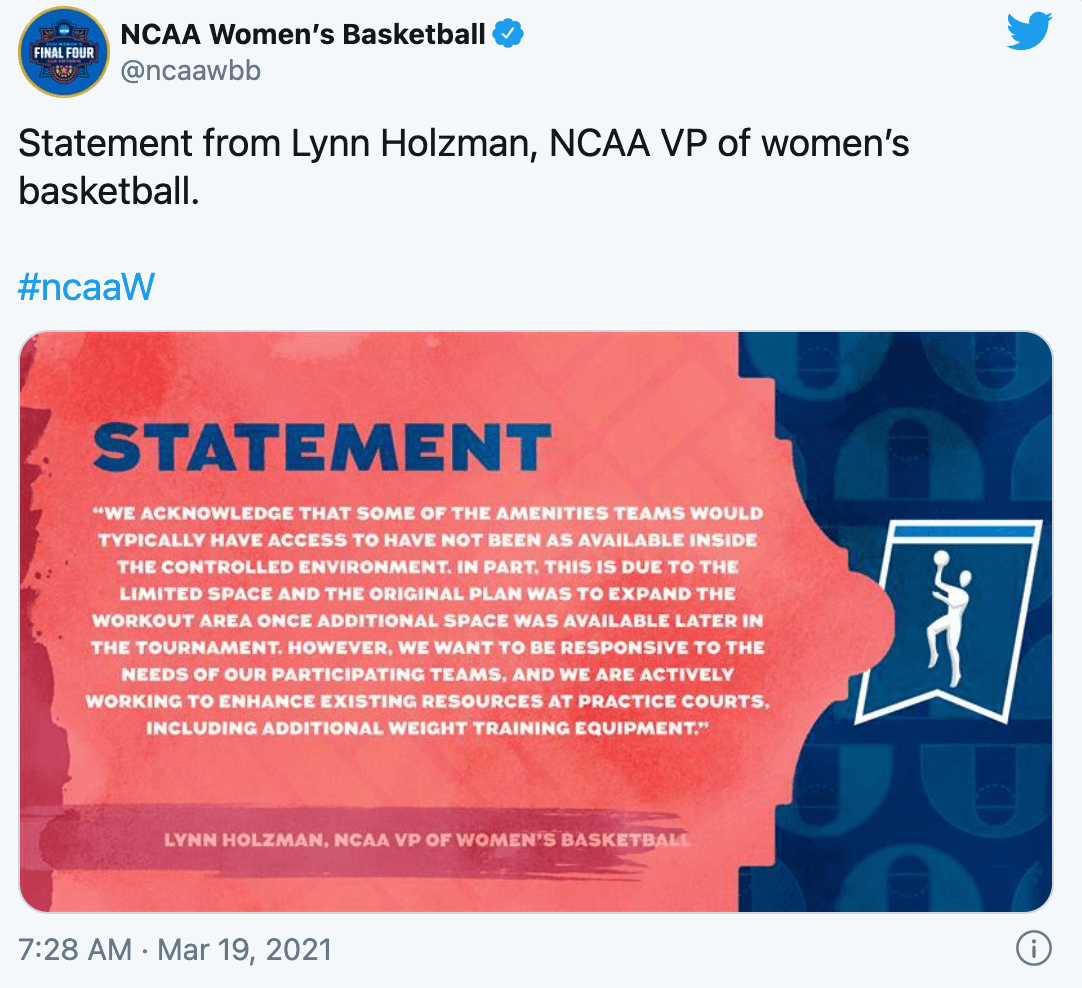 This month we are having March Madness which is one of the biggest college women’s basketball in America. March madness will end in the beginning of April but the athletes and all supporters of women’s sports made an impact. It all begins with a player from University of Oregon calling out the NCAA for the difference of investment between the women and men players.

The forward Sedona Prince posted a short video showing the difference between the weight room equipment provided for them and comparing to the men’s teams on TikTok and it went viral. Many athletes from WNBA such as Sue Bird, Sabrina Ionescu and other NBA players called out the NCAA for that embarrassing situation.

The athletes got a statement from the VP of women’s basketball saying that it was because of “limited space”. After that statement Prince quickly shared a video showing how much extra space they had and said “If you’re not upset about this problem, then you’re part of it”.

After the video went viral many athletes spoke up about the treatments and lack of investment and funding women’s sports programs often receive.

According to the U.S Department of Education’s Office for Civil Rights (OCR), the title IX protects people from discrimination based on sex in education programs or activities that receive federal financial assistance which NCAA fits in.

“No person in the United States shall, on the basis of sex, be excluded from participation in, be denied the benefits of, or be subjected to discrimination under any education program or activity receiving Federal financial assistance.”

However, the NCAA did what they should have done from the beginning and fixed the gym.

In the Women’s March Madness 2021 we were able to show just the surface level of the discrimination we female athletes go through. There are so many untold stories, erased or silenced dreams of little girls and women. This is a little step we are taking to equality. We will keep fighting and conquering with all our force.