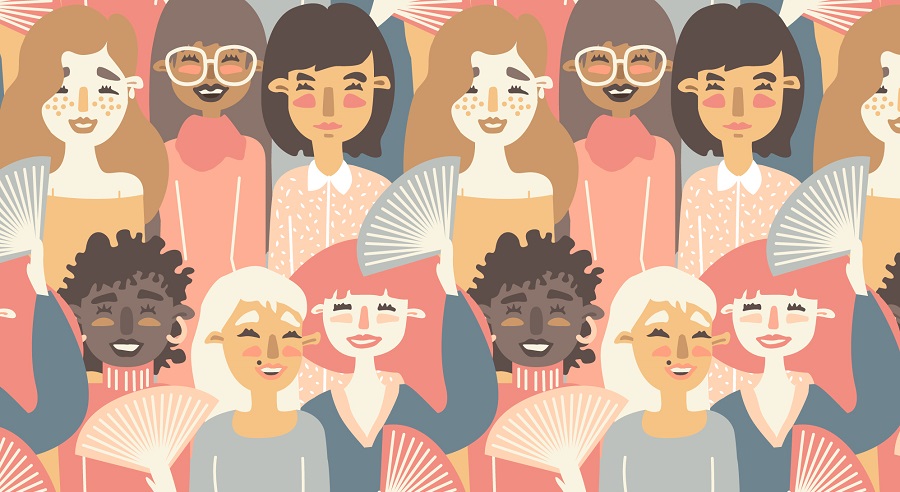 Billboards or magazines featuring tall, thin, and Caucasian models, can be found in almost every single major city. In South and East Asia, many women use skin whitening creams to make their skin as white as possible, and in East Asia, a plethora of women undergo “double eyelid” surgery to meet the standards of Eurocentric beauty standards. These societal standards are so widespread to the point where people, especially young girls, don’t notice that it is society itself that is problematic, not their appearances.

In 1939, an experiment was conducted to see if white beauty standards were affecting children as well. During the Clark Doll experiment, two identical dolls, one light skinned, one dark-skinned, were placed in front of children of all races. The children were told to pick the one that was the most beautiful, and almost all of them picked the light skinned doll.

After seeing countless white, thin, and conventionally “pretty” girls on social media, magazines, and billboards, I felt that I was not beautiful enough because I didn’t conform to these societal beauty standards. Every time I looked into the mirror, I saw a part of me that I was not satisfied with, and I never even considered the possibility of societal beauty standards damaging my mental health. Since I attended a predominantly white school in Paris, France, I constantly felt inferior to my classmates due to my ethnicity. Because I was Asian, I felt that I was often associated to Asian stereotypes, including being studious and quiet.

After moving to Tokyo, Japan in April 2021, I noticed that I was treated significantly differently, despite acting the same as always. I have no proof that the sole cause of this was the lack of racism, however, I cannot help but wonder whether or not being Asian in a predominantly Asian school changed my overall image and label from what I was used to in Paris.
However, it is not just people of color who struggle with their appearance and body image. In fact, anyone can suffer from this problem brought up by society. According to researchers at Invisalign, “94 percent of teens think their appearance influences their popularity.” and “Close to nine in ten teens (87%) wish to alter their appearance.” This survey not only proves that our outer beauty changes people’s perception of them, but it also shows that we are not only victims, but we contribute to the problem as well. We are judged by our appearance because we judge others by their appearances. It is a whole cycle, and unless we break it somehow, Eurocentric beauty standards will continue to exist, and it will continue to negatively impact our perception of self worth.