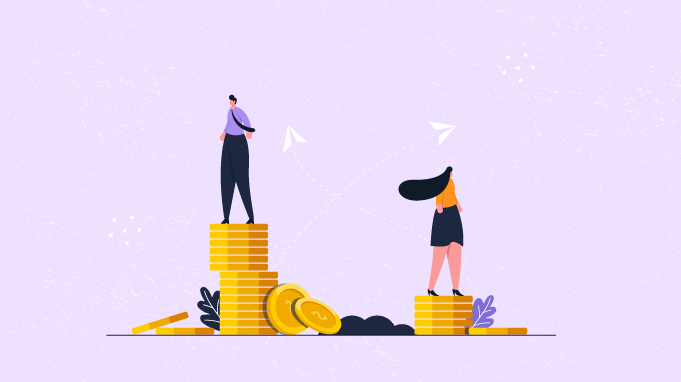 When feminism was starting to get more attention from the public, the first argument from anti-feminist was “if you want to be equal to men then men can hit you right?”. This ignited a fire inside of me, not because of the obvious reason (assault) but rather the definition of equal rights for both genders. I believe that to think of both genders as equal in capabilities is to miss out on using the potential of their differences to the maximum.

Both Women and Men have strengths, but in different fields.Scientifically speaking, Men are good delegators as a 2005 study by Catalyst found that men delegate tasks better than women. They tended to be direct in their communication and told others what to do with a sense of authority.Also,Men take bigger risks in applying for jobs. An internal study by Hewlett-Packard found that men apply for jobs when they’re 60% qualified, but women won’t apply until they’re certain they’re 100% qualified. A willingness to apply for a job that may seem like a ‘longshot’ could be yet another reason why men are more likely to advance in the workplace.

Women are more persuasive because they tend to be able to read situations well and take in lots of information, which helps them be more persuasive. Studies show they’re often able to understand the other side of a position and they’re able to use that to their advantage.Women are hard workers, A 2012 survey conducted by Bullhorn Inc. found that 54% of women worked more than nine hours per day, compared to 41% of men. The survey also found that women were more likely to do work on vacation and less likely to abuse their sick leave.

Unfortunately, the gender gap is noticeable.Men are paid more for the same roles as women. Moreover, studies consistently show that most employees still prefer a male boss. This leaves women to remain underrepresented in leadership positions.

We need to become aware of differences in behaviors and capabilities due to gender, so we can implement our strengths in all roles. On the other hand, issues such as representation and pay should be equal for both genders.In most situations, equal is not fair.