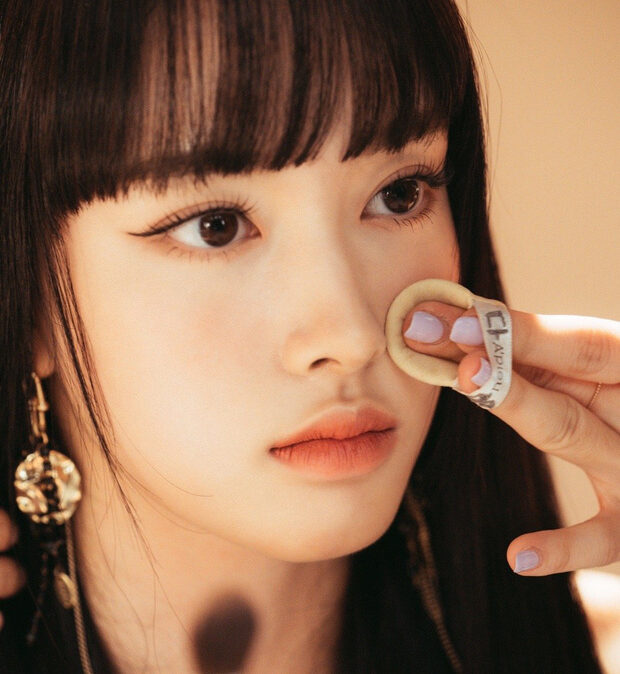 The reaction of audiences when Idols peeking at music show results:

Same action but the reaction of audiences was different, sadly it is a common thing in the “idol” industry that the audiences always give strict rules for female idols to follow so that they would not be judged as “inelegant” while male idols do not need to follow any rule at all. “Idol” is the term used to call singers who work in groups, and it is mostly applied for girl and boy groups in China, Japan, or South Korea. Today, I will focus on the Idol industry in South Korea only because it is where this term comes from and it is also known as the strictest one.

When it comes to singers, many of us think that a person needs to have talent in singing to become famous, but in the idol industry, their appearance is even more important, especially female idols. For example, Jihyo, a Korean singer in a girl group named Twice, has a mesmerizing voice but she used to receive criticism from others because her appearance didn’t meet the idol beauty standards. During her pre-debut, she was once criticized in front of many people by a photographer in a reality show called “Sixteen” for her weight. After that, she felt extremely insecure about herself and she had followed a strict diet regimen to get lean so that she would be accepted by others. After a few months, her effort was rewarded, and she could attract more fans with her new appearance. Losing weight to become leaner is a good thing, but she just needed to do it only if she wanted to, not because she was forced to. Body shaming appears everywhere, but it has been exaggerated in this industry and it does not give these people the right to decide what to do with their bodies. More importantly, this problem has been taken for granted and no one seems to disagree with it.

Moving on to talk about the other problem, I would like to share a story about Irene, who is a member of a girl group named “Red Velvet”, and her feminist book: “Kim Ji Young, Born in 1982”. According to allkpop, after Irene had admitted reading this feminist book in a fan meeting event, many of her male fans’ reaction wasn’t good. They gave her many hated comments on social media, criticized her, and even burned or cut her merchandise. Soon later, many of them did something like an investigation to find out where Irene got the idea to read the book, and they finally laid their finger upon Sooyoung, as if she was the root of a drug habit or something evil. Since when that reading feminist books have become a crime or a bad thing that we should hide? Their reactions were gross but, perhaps it is a common thing that these idols have to endure to survive in this “toxic” industry.

In sum, different from what most people regard as glamour, many people who work in the “idol” sector need to sacrifice their liberty and are unable to express themselves. Through this article, I want to fight for women’s rights in this industry, they need to be respected and able to do what they like, just like a normal person. Fans are the ones who support and encourage their idols, not control their life and tell them what they can or cannot do. They are not objects, they are humans.