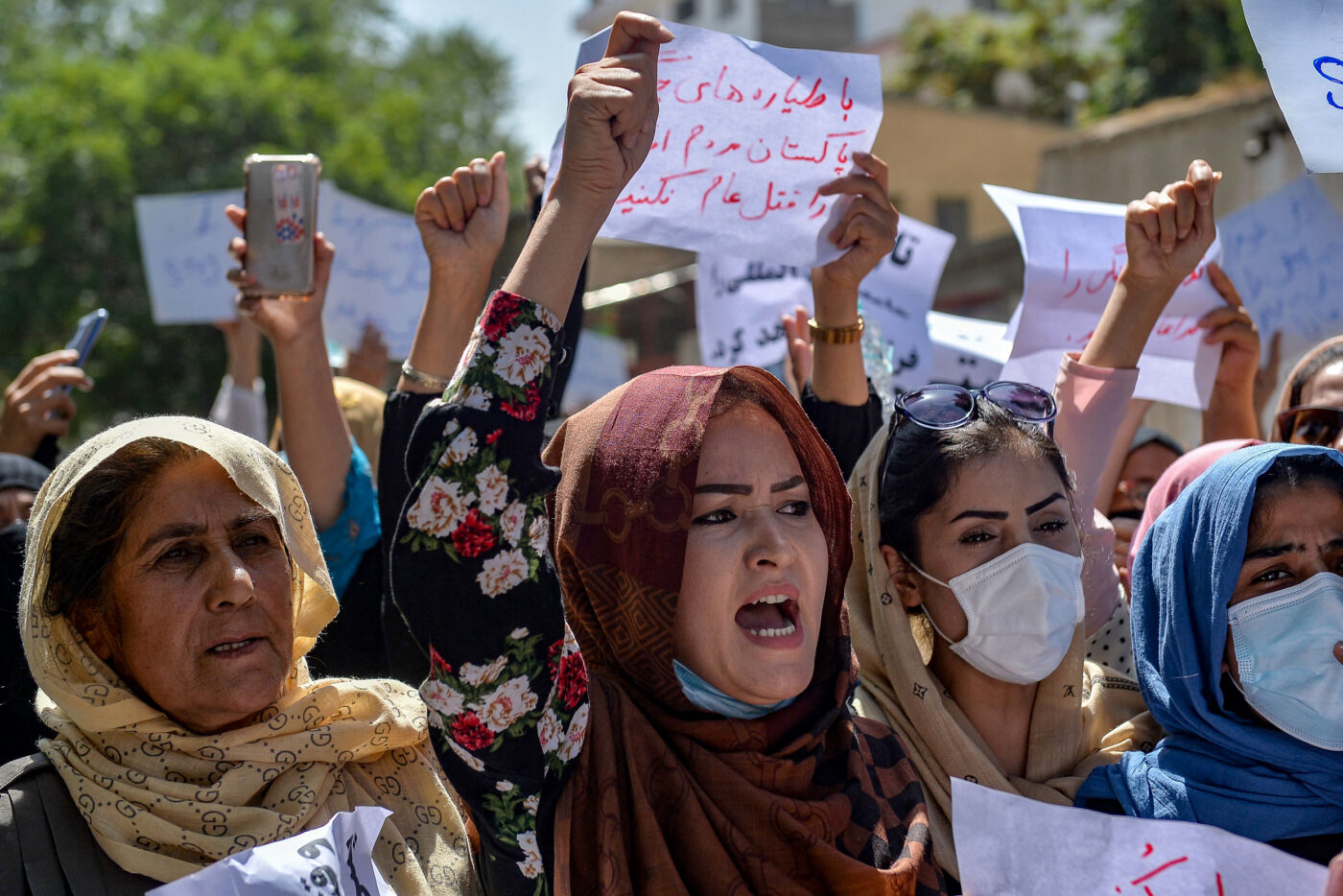 As the Taliban continue their takeover of Afghanistan, women are facing numerous repercussions as the lists of their rights become shorter and shorter. Women around the world face oppression and strict rules on a day to day manner, and the women of Afghanistan are no different. Women in Afghanistan are being forced into the world of oppression and life with little to no rights as their actions begin to once again be monitored and controlled.

Months prior to the Taliban takeover, the rise in the gender-equality movement in Afghanistan was astonishing as more and more women engaged in their societies, becoming much more active and confident. CBC News reported that Canada’s Canada Afghan Development Movement was an assisting cause of such a change.Women were seen taking on roles in society which were culturally designated to men. Women were seen fighting for their education, taking on high-paying jobs and becoming equal to the men who once dominated their society. This was a huge change in Afghan society as such was never expected from a nation thriving off of extreme gender stereotypes and norms. Despite these tremendous changes, days after the Taliban takeover evidence of such a movement was wiped away, and actions were taken to reverse these positive accomplishments.

On September 5th, the day before Universities in the nation were set to open, the Taliban announced strict rules that would have to be followed by the women of Afghanistan. Women were forced into Niqabs and Burqas and mixed university classes were banned. These women are told to ensure their classes end five minutes prior to the end of the classes of male students, and are told to direct themselves to a waiting room after the end of class to ensure they don’t meet with any of their male counterparts. Individuals in the nation commented on how women should be lucky that they can still go to school, and that really shows the extent of a male dominated society. School and education should not be a luxury. All individuals should have an equal chance to educate and better themselves, no matter their gender.

Adding onto the list of restrictions comes the ban of no women in sports. As of September 8th, the Taliban instituted that no women were to be allowed to play sports. Their reaosning followed along the lines of how the clothing of female athletes exposes their bodies, which is prohibited in the religion of islam. Numerous other restrictions are still being talked about, and one could only imagine how severe the restriction on the lives of these women will be.

When an Afghan Journalist, Mahbouba Seraj, was asked about the new restrictions being imposed she mentioned that they “have a lot of different stories coming in, telling anything and everything. In some regions, the police forbade women to go to work, but that is not the case everywhere. We feel like we are in an in-between situation and we don’t know what will really happen to our freedom.” Women in the nation are once again seeing their freedom being taken away from them. The men dominating their society are now determined to take over full control over the lives of all individuals, and the minorities become the most targeted, which in this case are women.

Despite the ongoing pressure being imposed on Afghan women, they surely do not stay quiet. On September 8th, over several different Afghan cities, numerous anti-Taliban demonstrators were on the streets protesting these new strict measures. Amongst these demonstrators were activists, but women dominated the protest. These women had one goal in mind and that was to fight for the preservation of their rights on all fronts. Individuals chanted “Freedom, freedom” and “Resistance” as they made use of their voices and fought back against the new rulers of their country. One of the women in the protest stated that they “want to make the Taliban understand that they cannot erase us from society”. Women are an essential part of society, and deserve to be respected and treated as equal to their counterparts. Voices are strong, but the voices of oppressed Afghan women at a time of the Taliban takeover are stronger, and the strength within them must be noted not only by the nation they are protesting in, but also by the nations surrounding who choose to watch the potential futures of these young women slip away.

Afghan women are growing fearful of a return to their dark past when the Taliban ruled Afghanistan. From the years between 1996-2001, the Taliban were in complete control of Afghanistan and completely rid the presence of women from streets. Women were not allowed on the street without a male accompanying them, weren’t allowed to get an education and nor were they allowed to work. These things are essential in society today. At the rate our society is progressing at, an individual needs to be educated to ensure they can make a life for themselves. As a society we have moved forward from the idea of women depending on men, but these possible restrictions the Taliban can enforce takes back any development of Feminism within the nation.

As days go on, the list of restrictions imposed upon Afghan women continue to increase. These women are true heroes as they remain under such rulers who find that oppression is the best front face for a nation. In the era we are in today women are stepping out. Women are enhancing their knowledge, and are making use of it as well in the career paths they take. Restricting a woman to her house or to minimal education will only continue to shrink a woman’s future. In an era where feminism is at its all time high, how are we forgetting that women are just as human as the men of society? Protesting is a sign of unhappiness, and a sign of force that isn’t welcome. Despite keeping their heads high and strong, the reality is that the lives of these women are no longer the same.

Women are just as worthy. They are just as capable and are just as deserving of chances. These events going on in Afghanistan display how women’s rights are still being jeopardized every time a strong, ill minded, male force comes into play. Feminism is about equality, and that is exactly what Afghanistan is losing.

Strong women are the face of the future. Women deserve the chance to make a change.