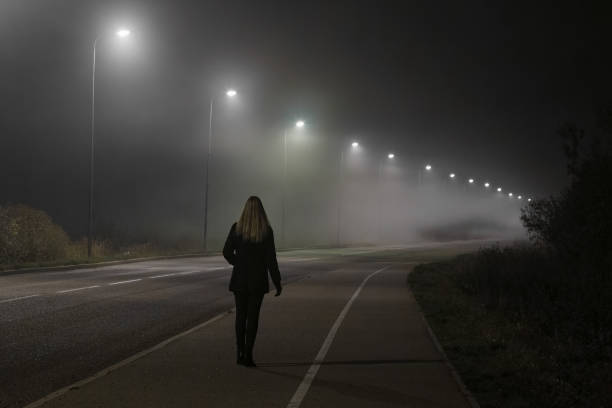 I recently started watching the Netflix series, ‘You’. I’m only on the second episode but I already noticed the faults the victim has made. I called her stupid for not being precautious, for letting the internet know where she was and what she did for a living. I called her stupid for not having curtains on her ginormous windows as she lived on the first floor. I called her stupid for a variety of reasons until I realised that although she made mistakes, she wasn’t expecting to be in danger. And while ‘You’ is just a fictional show, this can and has happened in real life. Take Sarah Everard for example.

The 33 year old was walking back home after hanging out at a friend’s house when police officer Wayne Couzens abducted her.

“Wayne Couzens held a position of trust as a police officer and we are outraged and sickened that he abused this trust in order to lure Sarah to her death.”

Worst of all, Couzens hadn’t just abducted her. He preplanned what he was going to do to Sarah which included raping and murdering her. Sarah’s case is truly horrid because the perpetrator was someone that she should have been able to trust. I believe I speak for all women and female presenting people when I say that we are very cautious when walking around at night, however Couzen wasn’t just any man, he was a police officer, he had directly gone against the morals of the police and had ruined the symbol of protection that they stand for. This case damaged the trust of the police, especially women’s trust of them.

The abuse of power is unfortunately a common theme when discussing safety. Just like how Couzen had abused his power as a police officer when he was supposed to be someone you could rely on. He was employed to keep others safe. Teachers also have this responsibility, however there’s been many instances where people have been put in jail and have lost their teaching licence due to the abuse of power.

Some may argue that if the student is over 18 then it’s perfectly legal, however, schools have a legal obligation to be the guardians for their students. To hear that any teacher has been sexually involved with a student would be truly horrifying for any parent. On top of this, for the student it would also be an uncomfortable situation, especially when the teacher has power over their grades. It can be used as leverage if the student ever wants to back out of the relationship and it may also have been the instigator. This is a toxic but very real power imbalance.

Because of the rise in violent and sexual crimes against women, many self defense products have been gaining popularity on social media apps like instagram and tiktok. These products are often shown in still form and when tested by others like @dutchintheusa (a popular self defense teacher on tiktok) it becomes apparent that they are a waste of money and could have jeopardized their safety had they not been tested first. One of these faulty products is called the ‘magic telescopic stick.’ When I first saw it, I was impressed. It was a compact little cylinder that could extend into a large metal pole and gave the impression that it could do a lot of damage. The next time that I saw this product it was being tested out. It broke instantly. The pole was made out of aluminum and was so weak that upon impact with itself it bent and became utterly useless. Gender based violence against women had created a rise in faulty products that were made to deceive women into giving money that they believed would have been beneficial for ensuring their safety. This is why it’s important to check for the references when you buy a self defense product and make sure that they are valid.

We live in a world where danger always lurks around the corner. You never know if it will be a bus driver, a passenger on a train, a police officer or even your teacher. Staying safe as a woman will always be a top priority but others see this too and will try to take advantage of your concern. Unfortunately there are many instances where you cannot protect yourself as may have been outnumbered or duped. The best way to protect yourself is to be vigilant, even though you shouldn’t waste your life being scared, it is better than being ignorant and in danger.