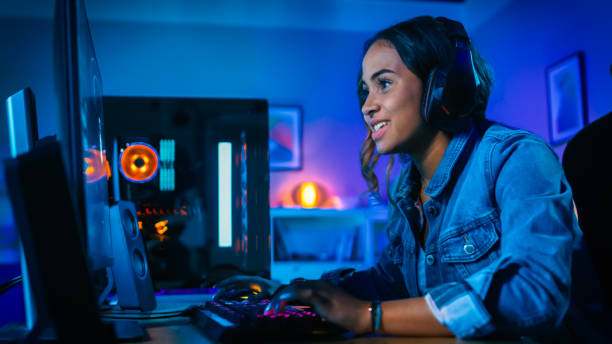 ‘Where are you from?’

‘no offence, but I wouldn’t expect you to play video games’

Being female, she became scared about men knowing her gender. They started judging her since she’s a woman and women can’t game. As she indulged herself into the hobby, she slowly turned into a young boy in her gaming world – wiping off any female tags and feminine profile photos.

Girls initially love games, just like boys do. The difference is that girls get told that gaming wasn’t for them, it was for boys. Gaming is often aggressive and ‘unfeminine’ – girls who game were therefore not taken seriously or considered as ‘real gamers’. The sexualization is not because girls innately lack the skills to game, but instead because of the barriers created by our culture, teaching girls that gaming is not socially acceptable.

Not only are women kicked from servers because men don’t want female teammates, they are also sexually harassed with demands for net sex or description of [her] physical attributes (Murray et al).

The entire gaming industry is targeted towards male heterosexual adolescents, despite females making up 45% of all gamers. Only 3% of game programmers are women, and on average, they earn $10,000 less than men with the same job every year. Games are designed where females are forced to wear hyper-sexualized armors that are hugely revealing. This further facilitate the misogynistic gaming culture where women are seen as nothing but sex objects. Moreover, female video game characters’ appearance sets incredibly unrealistic beauty standards, subconsciously ingraining sexist ideals that leads to body shaming.

We can push for change in many ways. Misogyny in the gaming industry is utterly unacceptable and cannot be simply ignored – we need to call it out and make ourselves heard. Game developers can use tools to detect and prevent harassment. Male players need to stop expecting nudes and start treating female players as equals. And for us as women, it helps to find a suitable game community where we are welcomed regardless of our race or gender.

Don’t let anyone stop you from doing things you love – not your family, not your peers, not game developers and certainly not yourself.