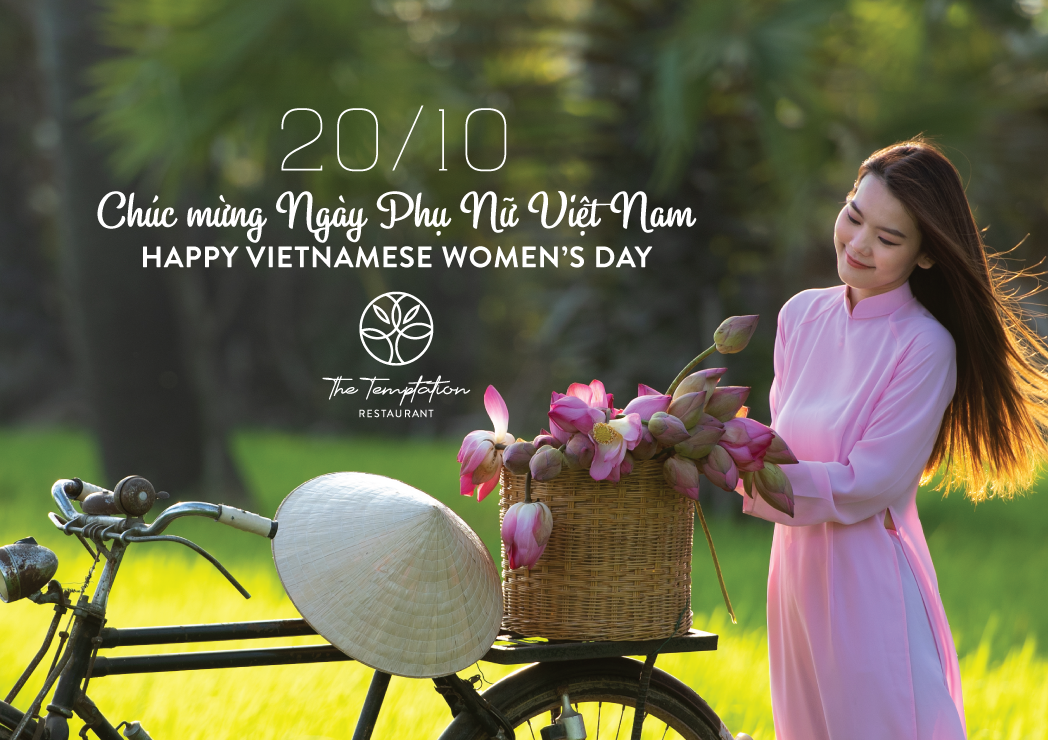 October 20 is the Vietnamese Women’s Day, a national holiday when all Vietnamese people take the time to honor their grandmother, mother, sister, and all the other females who are in their life. It is similar to the International Women’s Day on March 8, but is celebrated on a smaller scale. On this special occasion, men would often buy gifts and flowers for their female loved ones to express their gratitude for having them in their life.

The Vietnamese Women’s Day is the anniversary of the founding of the Vietnamese Anti-imperialist Women’s Association. This organization founded on October 20, 1930 was established under the Communist Party of Vietnam and was later changed to be known as the Vietnam Women’s Union. It played a socio-political role in wartime as well as in peacetime.

The Vietnamese Women’s Day marked the first day in the history of Vietnam that allowed women to operate legally and openly in an effort to make active contributions to the revolutionary cause of the country. It was also the first time that Vietnamese women were allowed to hold electoral votes and many responsibilities in the state apparatus and mass organizations. The endeavors made by our well-known women politicians and war soldiers, including Hai Ba Trung, Ba Trieu, Nguyen Thi Minh Khai, Nguyen Thi Dinh, and Ut Tich, proved to people that women are just as intelligent and strong as their male counterparts. Though experienced many ups and downs, these brave women were not only courageous but also benevolent, having contributed significantly to the national liberation and construction of the country.

October 20 was chosen to be the Vietnamese Women’s Day as this is the recognition of the country to the people who were given the eight golden words by Uncle Ho: “Cần cù, Bất khuất, Trung thành, Dũng cảm,” which can be directly translated to “Industrious, Indomitable, Loyal, Courageous” in English.

On this day, a number of activities related to women take place to show appreciation to the Vietnamese women. Many units hold award ceremonies for women who excel or achieve outstanding results in a number of fields, from science to even politics. Cultural programs to celebrate this festival are also organized quite elaborately and famous singers are invited to perform songs about our respect for women. What is more is that companies and supermarkets also launched advertisements aimed at women where many products are discounted or have prizes attached.

When the night falls, the street is as brilliant as the night of the Mid-Autumn festival, when people flock to the street to enjoy an amazing night together, have fun, and celebrate. Then, on the following day, our life would return back to normal again and we would wait another year until the next October 20.

We, Vietnamese women, are more than honored that there are two days in a year that are celebrated to honor what we did to contribute to our country and the world, which are the International Day on March 8 and the Vietnamese Women’s Day on October 20.