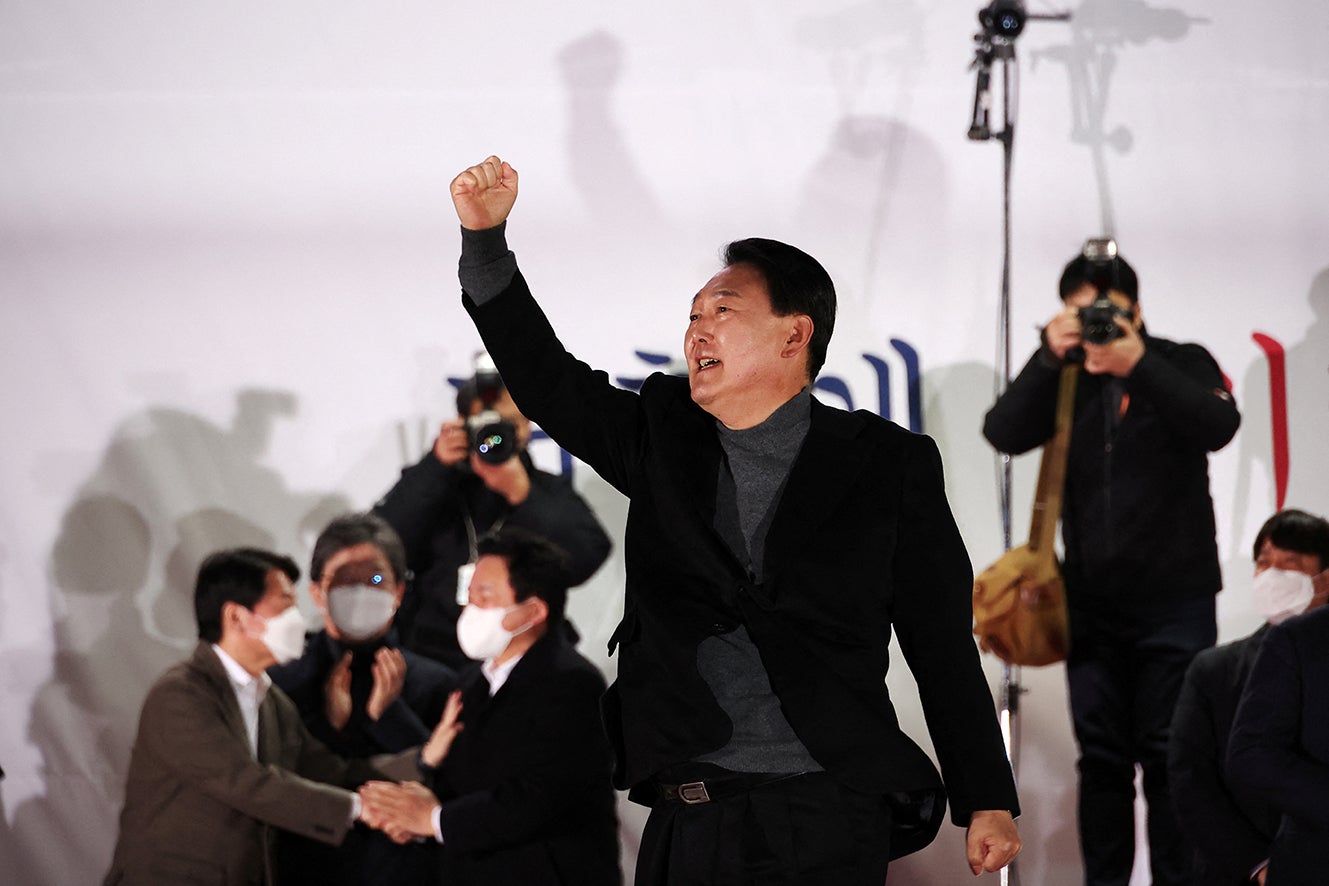 South Korea’s new elected president has voiced his “anti-feminist” mindset, leaving individuals worrying about gender equality within the nation. How does a nation work towards a diverse world when its leader belittles that same ideology?

South Korea’s new president, Yoon Suk-yeol, was welcomed with an immense amount of concern. This was largely due to word going around that he further perpetuated the nations gender divide to obtain support from young and naive male voters.

Through the election process, Yoon publically declared that the blame for the nations low birthrate was all due to the uprise in feminism, both nationally and internationally. He declared his desire for ridding the nation of their gender equality ministry. He stated that this ministry had too much of a vision surrounding women’s rights and promoting it. Despite how vital such a ministry seems in the modern world, Yoon mentioned that such a ministry with such a focus was no longer vital.

To further his opposition to the idea of feminism and female empowerment, Yoon also mentioned that there would be stricter punishments enforced for false sexual violence accusations. Individuals arond the nation have voiced their concern that such enhanced meausres would prevent even more women within the nation from reporting cases of sexual violence, allowing various predators to live freely within the nation without punishment. Such measures seem to be ridding women from the ability to seek justice. Around the world there has been an increase in response to sexual violence and sexual assault. Instead of following along with the rest of the world, Yoon seems to be holding his nation and the women within it back by stripping them from the opportunity of obtaining justice.

In the 20s age group, it was reported that only around 30% of women voted for Yoon, in comparison to almost 60% men. Such a statistic was expected by various individuals, as one women interviewed mentioned that “when I saw the election of a candidate who pledged misogyny, I knew we still have a long way to go”, when she was asked about why she chose to oppose the views of Yoon and not choose to mark his name off on her election ballot. Women around the nation were concerned about the increase in misogyny again after the election of Yoon, which can be seen in the difference in the percentage.

Gender inequality is something that is quite prevalent within South Korea. The advancement in female empowerment and simply women advancement as a whole is viewed as a threat to many men within the nation. To them, this advancement and promotion of feminism is the reason to the rapid rise in living costs and threatens the security of their assets. Surveys have shown that young men believe that it is they who are victims of gender discrimination, fuelling a gender divide that has been exploited by politicians. The election was viewed as a crucial point in how women’s struggles would be discussed in public settings. Misogyny was used quite openly by various candidates, leaving various individuals within the nation upset, and even more upset with the final outcome.

Despite Yoon’s open promotion of misogyny Despite Yoon’s open promotion of misogyny and gender discrimination, when he was adressed with such a topic at a press conference, he was quick to shift his opinion. International’s Womens Day, or the day before the election, allowed Yoon to describe himself to be a feminist in a Washington Post interview, and added that prior uses of terms were “administrative errors”.

A nation can only work towards bettering itself if the leader is on board with the idea of advancements and betterment. Despite the prior year long movement towards gender equality in South Korea, this one election could bring a complete halt to the movement, and force it into the opposite direction. South Korea is at the face of a severe gender discriminiation crisis. Women within South Korea will not have to fight for what was once granted to them.

It is the responsibility of individuals all around the world to fight to alter the outcome of such a situation. In the world today, every aspect of life is focused on moving forward, relearning, and creating a norm in which equality and equity are favoured.

The women of South Korea are at the face of a crisis, and response is needed.