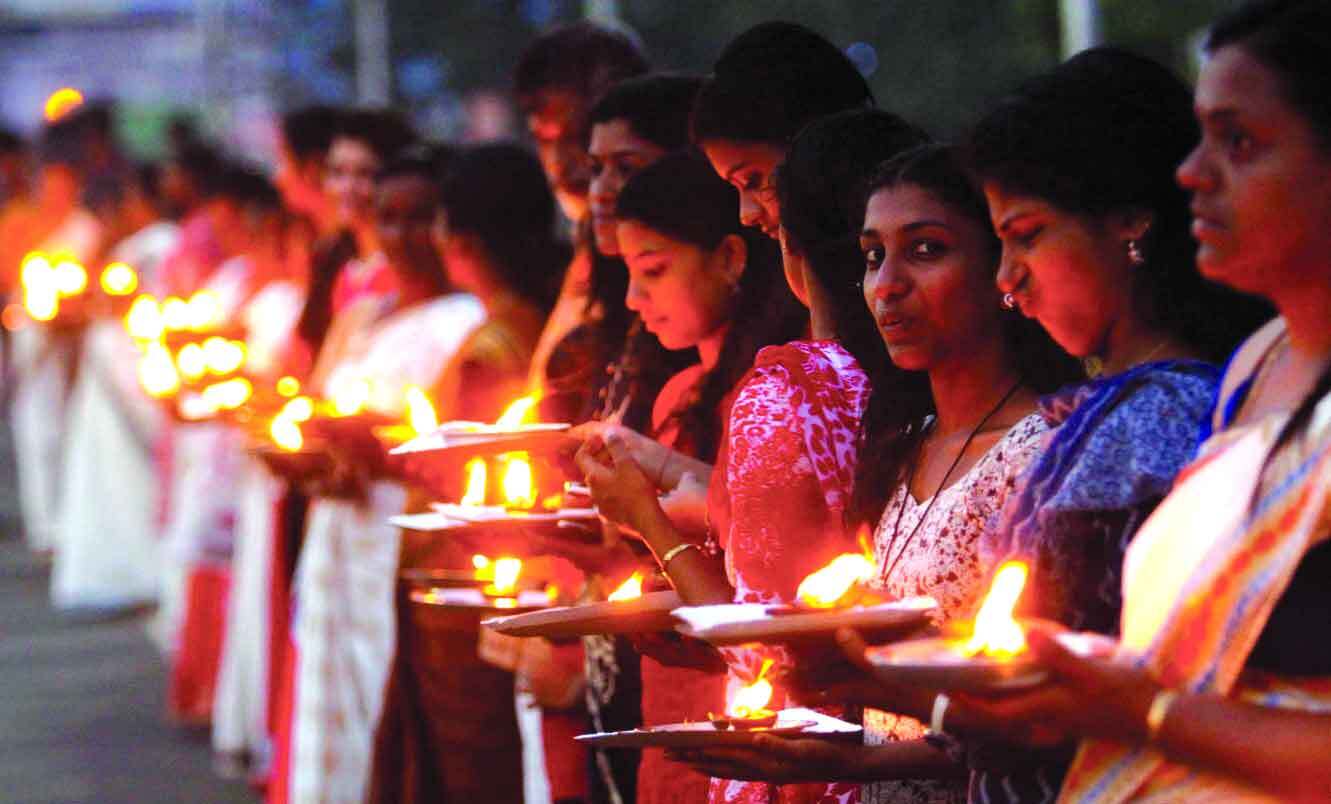 On the first day of 2019, women of India made a human wall stretching across the state of Kerala. The 390 mile wall extending from Kasargod to Thiruvananthapuram was marshaled by the states left-wing coalition government, to raise awareness for gender equality.

Not only did millions of women participate in the protest, thousands of men also stood parallel with the women, forming a second men’s wall.

The protest focused on giving women religious freedom – the ability to enter a sacred Hindu temple, the Sabarimala shrine. The temple was traditionally closed for women of menstruating age (from 10 to 50).

A day after the Vanitha Mathil, two women were finally able to visit the sacred shrine with police protection.

Two days after the Vanitha Mathil, right-wing protest groups started a hartal, arguing that women’s entrance would be against wishes of Lord Ayappa. The day ended with 745 people arrested, 14 injured and 1 dead.

The ban was overturned in the Supreme Court in September. However very few women were able to visit the temple due to continual stone throwing protesters.

The human wall not only empowered women in religion, granting women the access to a sacred temple to pray, but also revealed the menstruation stigma. We ought to teach our next generation that periods are only a natural milestone in the development of girls – it does not make any women inadequate or less worthy. Each feminist movement is a small step leading to social change and equality. We are all liable for making our plant a better place for everyone.