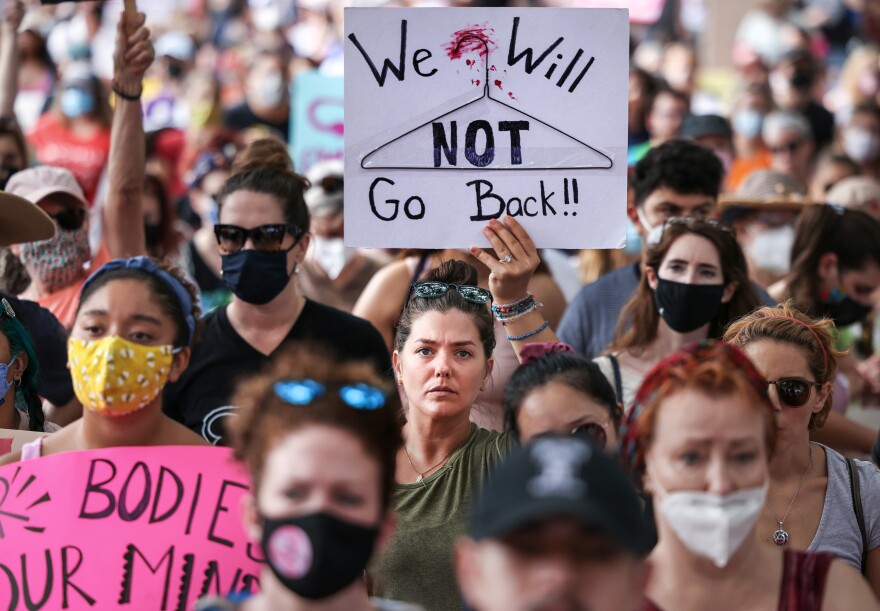 Roe v. Wade is a framework which gave all women across the US the right to an abortion. Roe v. Wade came into force in 1973. Before it abortions were prohibited in more than half of US states and now, in 2022, it has been overturned by the US Supreme Court. But what exactly does it mean?

Now abortion rights in the US are up to state legislatures. While some states are aiming to expand restrictions on abortions, some are passing laws to protect abortion access. According to an analysis by the Guttmacher Institute, 26 states are certain or likely to ban abortion without Roe.

However, there are still states that provide access to abortion, such as California and Washington. The procedure is still accessible but only to those who can afford to travel to the states where it remains legal. Others would be forced to give birth or might seek an unsafe, illegal abortion.

On top of that, American women now have to face greater surveillance by the government. Technically, period-tracking apps or any other information online that indicates one seeking an abortion could be used against them in court in a potential criminal case. Some states also incentivise abortion reports. For example, Texas grants a reward of $US10,000 to any private citizen who sues an abortion provider.

There is an informational privacy concern because it is unclear how data from the internet can be used and by whom. There is also a problem with decisional privacy which protects one’s ability to make decisions about their own bodies. In the end, the Court’s decision on Roe v. Wade doesn’t only deprive women from a right to a safe abortion but might also disrupt their privacy.

In the end, the right to an abortion is a basic human right that any person with a uterus must have. Moreover, it is important to note that abortions cannot be banned, only safe and legal abortions can be. For example, using a coat hanger is a famous method of a self-induced abortion which is a serious threat to health and has even caused deaths before.

The overturn of Roe v. Wade undermines the idea of democracy and puts women’s health under risk. Pregnancy should only be voluntary. And only in this case children will grow in a loved family that can support them mentally and financially. Every person deserves the right to choose what to do with their own bodies and it is shocking how many people want to take it away. Now is the time to express our opinions and support the right of choice.