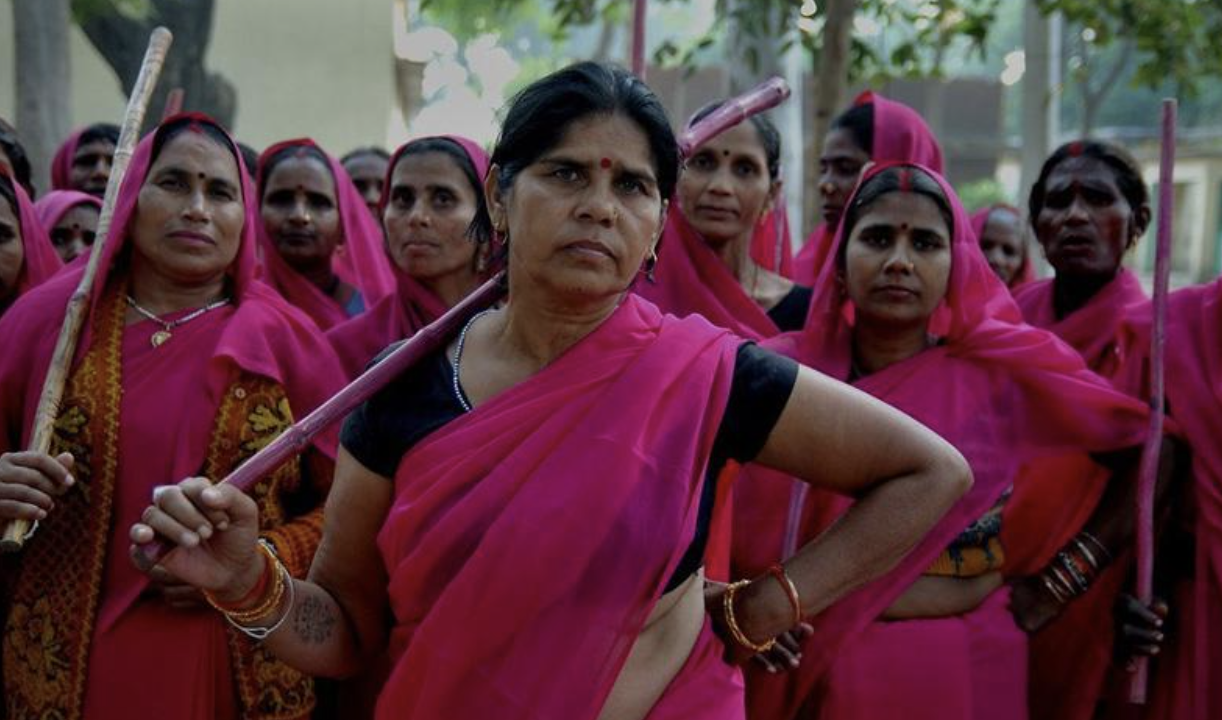 The prevailing populace rising up against a mindlessly oppressive institution captures one’s imagination almost immediately and unquestionably in a very dramatic way. The story of how feminist revolt was put into practice in contemporary Bundelkhand begins with women in flowering pink saris who decided to enforce the law on their own.

Wanting to exact revenge on rural women for the Bundeli woman’s melancholy, the Gulabi Gang was created out of fresh optimism for a more punitive justice system, filling the gaps left by the corrupt and troubled legal system. The Gulabi Gang, founded on a foundation that is as intersectional as it gets, tackles problems affecting Indian women in their pursuit of a more egalitarian system in the countryside.

The Gulabi Gang functions as a counterpublic, attempting to establish new forms of gendered and sexual citizenship in its goal to make less hostile environments for women to work, live, and lead safe and healthy lives in the current communal structures.

The group arguably traces its roots back to a day in 2006 when Sampat Pal Devi, the creator of the movement, witnessed a husband hitting his wife. She came back the very next day armed with a lathi* and accompanied by five other women, and she gave the rogue a swift beating.  With time and more members, the group of 5 grew into a sisterhood, represented by the pink sari* symbolizing femininity and the quiet power of sisters.

In this world, women control the physical strength typically held by men from the dominant caste and use it to drag them into a legal system that does not hold them accountable for their wrongdoings. Gulabi Gang has been combating such abuse against women for the past 13 years,  employing physical force to bring rapists, molesters, and domestic abusers to justice.

The Gulabi Gang’s greatest chance of recovery lies in a complete transformation of local norms. For meaningful change to occur, retributive justice cannot be relied upon alone; in order for anyone who is not a dominating Hindu male to feel secure, the law must intervene, with effective enforcement and active implementation.

“We feel empowered to fight any crime against women. We don’t fear the police, or any authority, because we fight for the truth.” – Amapat Pal Devi

*Lathi – a heavy stick often of bamboo bound with iron used in India as a weapon, especially by police

*Sari –  a garment of southern Asian women that consists of several yards of lightweight cloth draped so that one end forms a skirt and the other a head or shoulder covering.