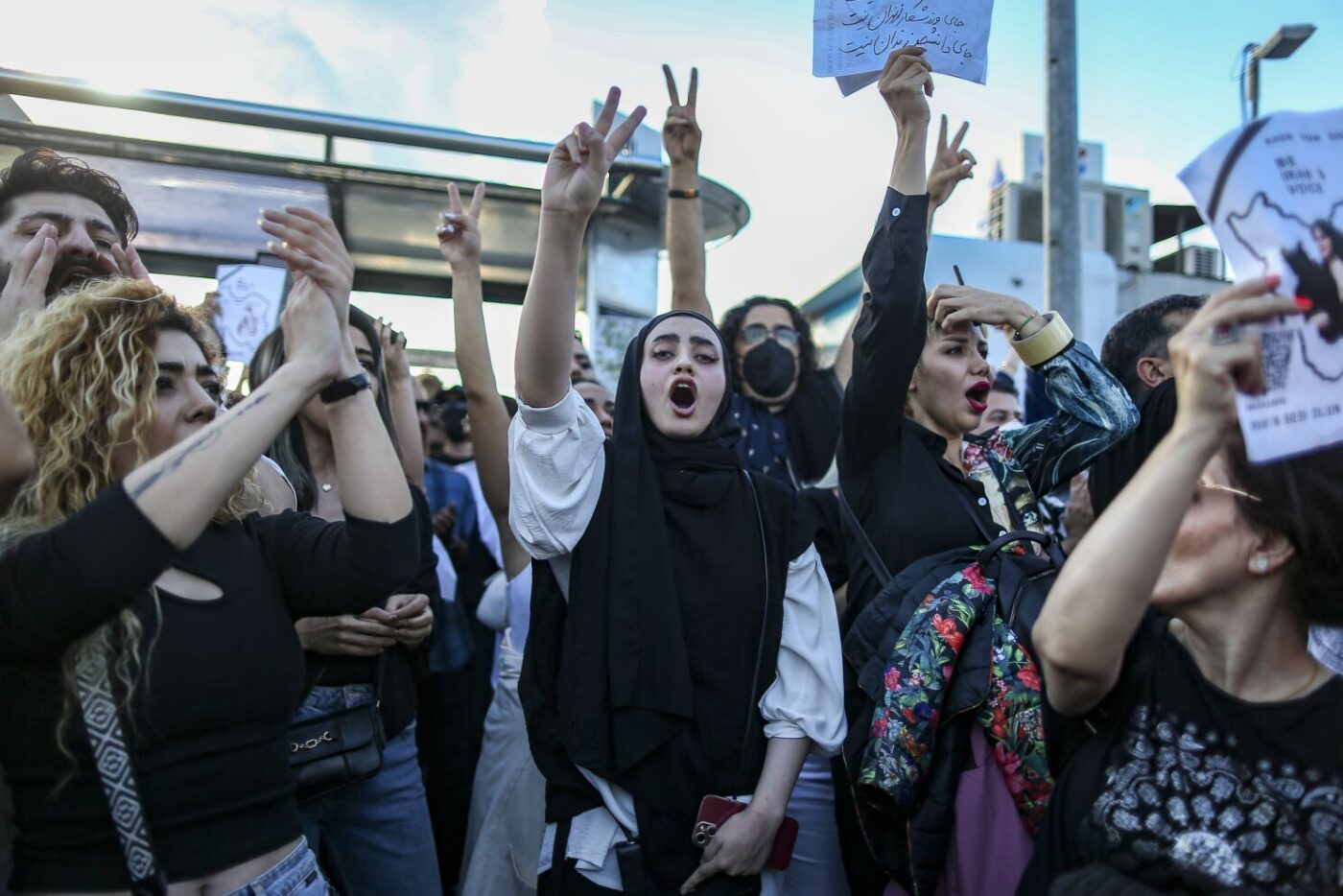 The past few weeks have seen an immense amount of protest on the streets of Iran after the death of Mahsa Amini, a young woman who was arrested due to not abiding by the strict dress code within the nation.

This idea of women being arrested for not abiding by the norm of the nation is not foreign to Iranians. Arrests, torture and murder has become the norm when it comes to dealing with “disobedient” women within the nation. However, this particular death resulted in an uproar of individuals demanding change in over 70 cities. Men and women throughout the nation have come together to protest the death and to use their silenced voices to seek the change they so desire.

In an era in which women’s bodily autonomy has become a strong topic in the fight for freedom, Iranian feminists have gone to extreme lengths to demand their desire for freedom. Individuals have been rallying on streets, have been burning down or vandalizing signs made by the government, have been burning their hijabs, have been “disobeying” the “dresscodes” set by the individuals in power within the nation and much more.

One of the more distinct acts of protest is individuals throughout the world cutting their hair in an act of rebellion. “In the history of Iran, when women didn’t have enough power to stand up, they cut their hair…It has always been a symbol of rebellion and to start a fight.” As a result of the historical significance of this act of rebellion, individuals have found power in cutting their hair, filming it and then posting it on social media to spread awareness about the ongoing crisis in Iran.

Individuals believe that the international recognition and participation could lead to a very strong cross-border feminist movement. This cross-border feminst movement is expected to further strengthen the idea of feminism and women’s bodily autonomy not only in Iran but in all other nations in which such topics still seem to be out of the norm.

Despite the effort by citizens throughout the nation, various violent efforts by the government of Iran have been taken to silence the Iranian feminists and to shut down their in-person demonstrations and online activism. As a result of these violent efforts, more than 100 lives have been lost and over 1200 individuals have been arrested. These protests not only echoed the support for women’s bodily autonomy but also demanded change relating to the norms and regulations of Iran as a nation, and such disturbance was not taken lightly by superior individuals and other individuals in power.

Manijeh Nasrabadi, a Women’s, Gender and Sexuality studies professor, mentioned that “There is an overwhelming rejection from wide sections of the society of a system that is really not working.” She emphasized that the way in which the nation of Iran operates does not work nor benefit anyone economically, socially and politically. In her eyes, and in the eyes of many others, “the violent death of Mahsa Amini… resonated with the destruction of so many lives — the destruction of hope for the future, the sense that [one’s] life is viable, the sense that [one] can live in a way [in which they thrive].” The same professor mentioned how these protests are a part of the decade long struggle of Iranians fighting for freedom.

In the world that we live in today freedom is still viewed as a luxury when it is infact a human right. Iranians and all those in support of them internationally have not taken a step back, despite the harsh backlash they have received. Their continued fight will one day bring light and a path to freedom for the numerous Iranian women who live in fear of their lives on a daily basis.

Individuals often forget the fine line between their own religious interpretations and the actual wordings within the books. Religion has become something that is so easily altered to satisfy the perspective of a smaller minority, resulting in the loss of lives being a severe outcome.

Change is necessary and required. Innocent lives should be being lost as they fight for their right to a voice and to their own bodies.

“Until Iran is free, our fury will be bigger than the oppressors. Until the women of Iran are free, we are going to stand with you”.