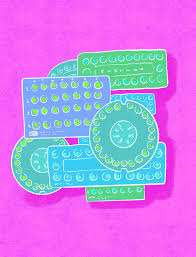 Once again the responsibility falls heavily on women, but this time it is embedded even in research. Let’s talk birth control…

I like to think that a person with more sexual relations should be responsible for birth control. From a biological perspective, in a 9 month period, a female can get pregnant once while a male can get about 270 women pregnant. so who is the problem here?

Although birth control is essential and inevitable, it can be harmful to our bodies and the environment. For women, birth control causes many side effects such as; nausea, bloating, and vaginal irritation. Generally, it causes fluctuations in weight and mood, but in more serious cases it could also increase the risks of high blood pressure and blood clotting. For men, the side-effects of birth control were minor according to an experiment covered by BBC health. Five men on the pill reported mildly decreased sex drive – and two described mild erectile dysfunction – but sexual activity was not decreased, no participant stopped taking it because of side-effects and all passed safety tests.

Regarding the environment, Women who use contraceptive pills release female hormones with urine. In most places, sewage water is filtered before returning to oceans and other water bodies. Nevertheless, hormones cannot be filtered from the water causing fertility issues. For instance, the female hormones affect fish by making them transgender and also men by decreasing their sperm count 30% over many years.

Women’s birth control was approved by the FDA about 60 years ago so why are we still waiting for men’s birth control? The main reason is the potential market. The idea of a male contraceptive pill did not attract enough interest, hence the lack of investment.

Allan Pacey, professor of andrology, at the University of Sheffield

Unfortunately, it looks like a few more decades before male pills become more acceptable in society. Nonetheless, this issue makes me wonder “how many researches have been paused due to social acceptance?”