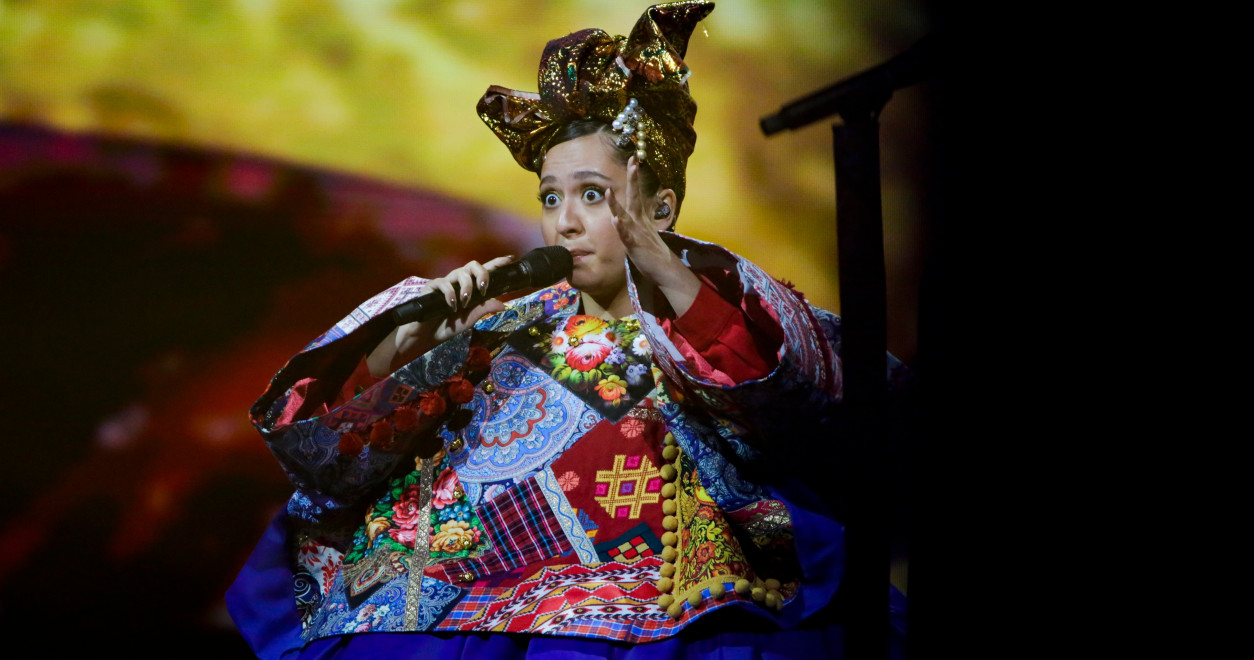 Manizha is a Russian singer born in Tajikistan and known to be an outspoken supporter of gender equality, LGBT community and migrants. She was selected to represent Russia at the 2021 Eurovision Song Contest with ‘Russian Woman’, a song empowering women’s power. In her song Manizha addresses different gender stereotypes that she had faced.

Manizha said that ‘Russian woman’ covers the journey of a Russian woman over the past few hundred years. According to Manizha:

“The song is about the transformation of the identity of women in the last few centuries in Russia. She walked the unbelievable path from the izba [a traditional Slavic countryside dwelling] to the right to vote and be voted on, from the factory halls to the voyages into space. She was never afraid to stand against stereotypes and take the responsibility herself.”

The song has found a huge support base. However, it has also resulted in a lot of hate towards Manizha from Russian people. Some of them stated that Manizha has no right of speaking up on the behalf of Russian women because she was born in Tajikistan. And others just criticized the song because it’s feminist. An association of Orthodox women accused Manizha of “insulting and humiliating Russian women” and inciting “hatred towards men”.

Personally, I am, myself, a very big fan of Manizha I really admire her for not being afraid of paying people’s attention to gender inquality in Russia, which is still unfortunately a very sexist and xenophobic country. People’s reactions to Manizha’s performance prove that and yet again show how uneducated people are about feminism in many countries. Seeing hatred towards men in a song empowering women is clearly unreasonable. But, unfortunately, a lot of people see some kind of discrimination towards men in anything realted to feminsm.

The reaction to Manizha’s song is very disappointing. But it also shows how important it is to spread awareness about gender inequality and that the debates triggered by Manizha are desperately needed in the society.