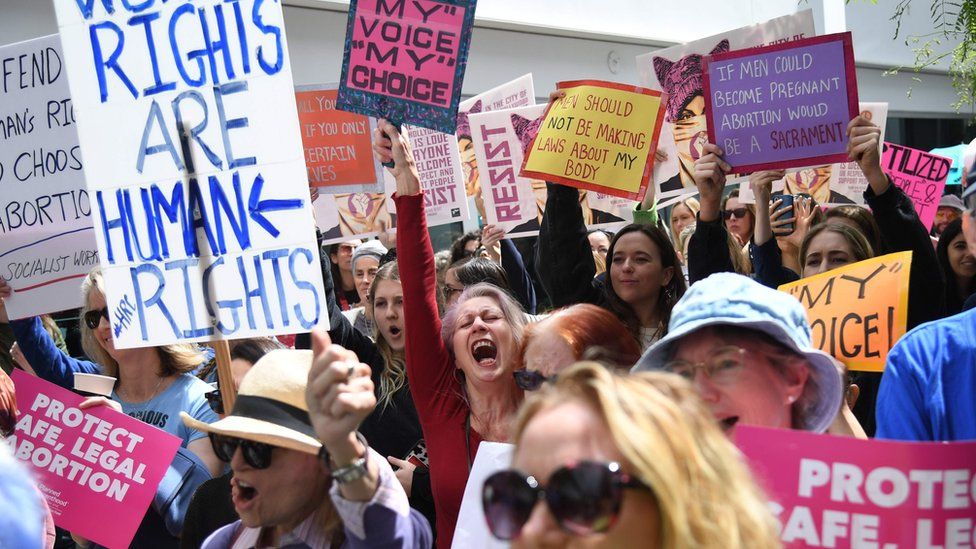 In the past few months there has been an increase in the number of legilations in the US who have passed a law of somesort to completely stop any acess to abortion care and abortion clincs as a whole. This idea of completely stopping aboriton isn’t new to the US, however, this reenactment of the legislation has a much stronger base. These legislations are now being presented with a much deeper legal context, in which the majority-conservative Supreme court will have the final say on rule making. Before the announcement of the legislations, the US had already seen the highest number of abortion restrictions enacted in a single year, making their effect much more severe.

Despite such extremes of abortion laws and legislations, parts of the country still consider the affects of the ban on abortion. Abortion is essential health care, and is considered such by many states in the US. They acknowledge how a stop to acess to abortion clinics direclty target individuals apart of rural areas, low income families, individuals who are Black, Latino and Indiginous. Some states favour the idea of completely ridding any bodily autonomy and eliminating abortion completely, but others still fight the idea of ensuring that the freedom of choice is kept.

During the COVID-19 pandemic, long term inequalities were made present in the US healthcare system, in which it was revealed that bills were passed from almost every state restircting individuals from acess to essential health care, inclduing abortion. However such bills continue to pass with the potential hope of completely ending acess to legal abortion care all throughout the United States.

As with all extreme fights to obtain inequalities, there comes protests. More than Ten Thousand women protested on the streets of the United States chanting “My body, my choice”. They carried signs of all sorts saying things like “Abortion is a personal choice, not a legal debate”. The idea was to get the message across of allowing women to have the freedom to make their own choices about their own bodies. One woman mentioned how “No matter where you live, no matter where you are, this moment is dark”. This statement speaks facts. In such a time, in the 21st century, we are still allowing for individuals in power, most of them being men, to have the right to dictate what a woman can and cannot do with her body. How is a country as advanced as the US even pitching for the ban on an essential aspect of health care to even be a thing. This truly opens one’s eye to the extent of damage that is still present in our world. Women are at the face of inequality everytime a group of powerful men come into authority.

This act of a ban on abortion has raised a lot of concern for what the new reality would be under these abortion laws. CBC News stated that “the future of abortion in the United States could soon look a lot more like Anna Rupani’s everyday reality”. Anna Rupani is an essential part of abortion history as she assisted women in leaving the US to get abortions elsewhere. CBC touches on the idea of how difficult it would now be for women to have access to essential healthcare. The governing individuals of the US are completely overthrowing the idea of choice of one’s own body and are insinuating their own beliefs upon the individuals they govern.

Women are forced into fearing what their futures could look like. Abortion is a right for a woman to have. Women have the right to dictate what happens with their bodies, and the input of outsiders should not be allowed to interfere. Banning abortion in the US will have a tremendous effect on the lives of women living in that country. Women would be forced to travel elsewhere to engage in their desired procedure, which would only push this debate and fight about abortion even further. Advancements are being made in all aspects of life, whether they be related to the economy or things like science. Yet the choices women had access to are now being forced to reverse back to times in which strict measures were imposed on what they can and cannot do.

The battle on abortion, or simply the battle on a woman to have a say on her OWN body, is escalating at a rapid speed, but is doing so in the wrong direction. In the world we live in today, freedom is so favoured, yet not desired for all individuals of a nation. How are we forgetting that freedom includes the idea of a woman having the right to choose what happens to her body? Since when has society allowed for men to make decisions about the procedures a woman can go through? Abortion is a very sensitive topic, but that doesn’t allow for individuals to completely rid society of it. All individuals have the right to choice, have the right to make their own decisions, and have the right to be equal in society. This oppression on women only signifies that women are still at the lower end of the spectrum, no matter how much advancements are made by society.

A ban on abortion is a ban on women’s freedoms and rights. This huge act will only continue to escalate. Are we going to sit and watch while the lives of women, including their bodies, are controlled and manipulated by the elected individuals put into power?

A stop on the abortion ban goes beyond that of feminism. It includes freedoms and rights, and that should always be considered, especially in a country that deems itself as democratic.