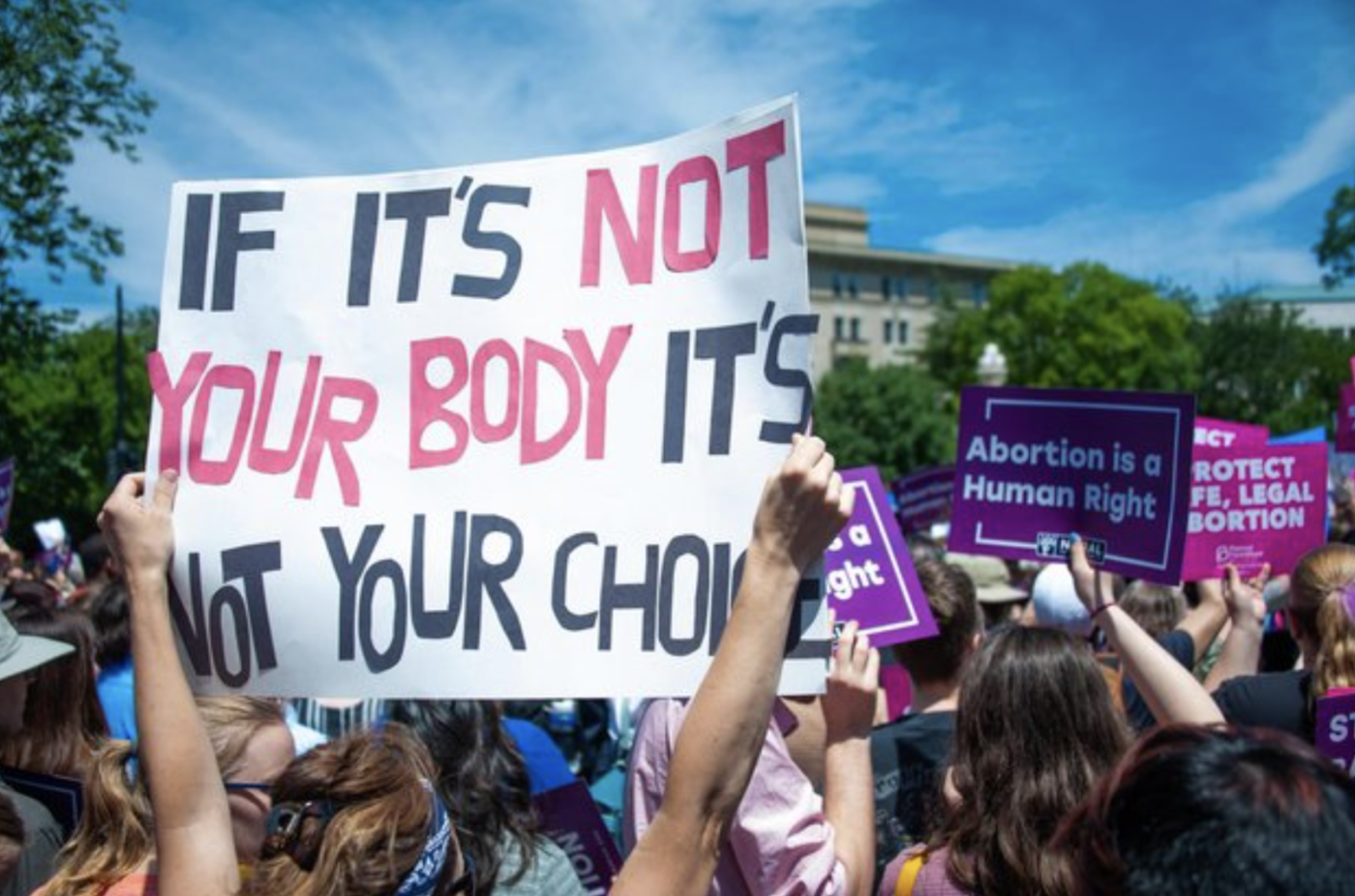 A topic that has been recently talked about is Abortion. It has been all over the news, articles have been written, and information has been posted on social media platforms. Literal protests have started because of it but what truly has been going on?

Rumors had spread by Politico claiming that Roe v. Wade would be overturned. Roe v. Wade was a Supreme Court case that allowed women to get abortions if they wanted to and without the government’s input.

For context, Norma McCorvery known as Jane Roe, wanted to have an abortion when she was 5 months pregnant. Yet, there was an abortion ban in Texas which prohbitited Roe from getting that abortion. She went to court against Henry Wade. This case was finalized on January 22,1973 and Roe had won the case with a 7-2 ruling. Nonetheless, this subject has brought a-lot of controversy.

Planned Parenthood is a health center that caters to all genders about reproductive care, birth controls, sexually transmitted diseases, health, and abortions.

Protesters will go in front of Planned Parenthood with their signs harassing anybody that goes into and steps out of the building. There are signs that say that abortions is a sin, murder, and not the Christian way as some believe that “God is pro-life”. This idea pushes religious beliefs onto people who could be non religious or a completely different religion.

Many say to carry on with the pregnancy instead of abortion so they can just throw the child into the foster system if unwanted. However, there’s many flaws to this plan with the main one being how terrible the foster system actually is. When in the foster system, the older you become, the higher the percentage of never being adopted grows. Babies are the most desired while teenagers aren’t. Additionally, POC have a harder time with being adopted due to their race. Majority of people in the system leave when they max out, which is age 18. Moreover, most people who suggest adoption have never actually adopted or fostered anybody and considering how much they recommend it, it is very hypocritical.

The more pro-lifers act, the more we can see that they aren’t actually pro life but anti-choice. Narratives are being pushed to ban child bearing people the right to choose. If life was so cared about then the actions would reflect that.

If these pro-lifers were actually pro-life then they would be pro-gun safety and control, would be supportive of LGBTQ+ members, supportive of BLM, supportive of ACAB, supportive of Palenstine and other countries going through economic crisises and many more movements dedicated to basic human rights.

With pro-choice and anti- choice debates, the idea that if the child-bearing person isn’t financially stable, mentally prepared, or physically ready, they shouldn’t be forced to have a child,  is true but the argument that needs to be dismantled is the belief that the child-bearing person should only have any abortion if raped. This just proves that people need to be violated, touched without consent, and their body needs to be disrespected just to be in control of it.

We also don’t need to hear the same repetitive story like everyone needs to give birth because the baby could potentially cure cancer and grow up to fix the world’s biggest economic problems. Why are we as a society so deeply depended on metaphorical babies to fix illnesses, world hunger, and create world peace? It sounds like our place to fix what is wrong with the world and the first thing, at the very moment, would be to keep abortions.

People all over the world are being forced to carry a baby, forced to give birth, forced to accept rape as “an opporunity” like the Ohio representative, Jean Schmidt, claims it to be. People are being sent to jail for having one and the doctors for conducting it.

It needs to be said that just because abortions are being banned and criminalized, it doesn’t mean that it will stop. Abortions will continue,yet, they’ll just be done unsafely and illegally. This is doing nothing but harm and increasing the chances of danger and risk.

You don’t have to get an abortion for yourself, it’s about giving those in need opportunities. This hurts doctors, facilities, cis AND gender non conforming people, and society. We are better than this and we can prove it by going to protests, sharing your opinion and advocating for change.

Keep laws off our bodies!